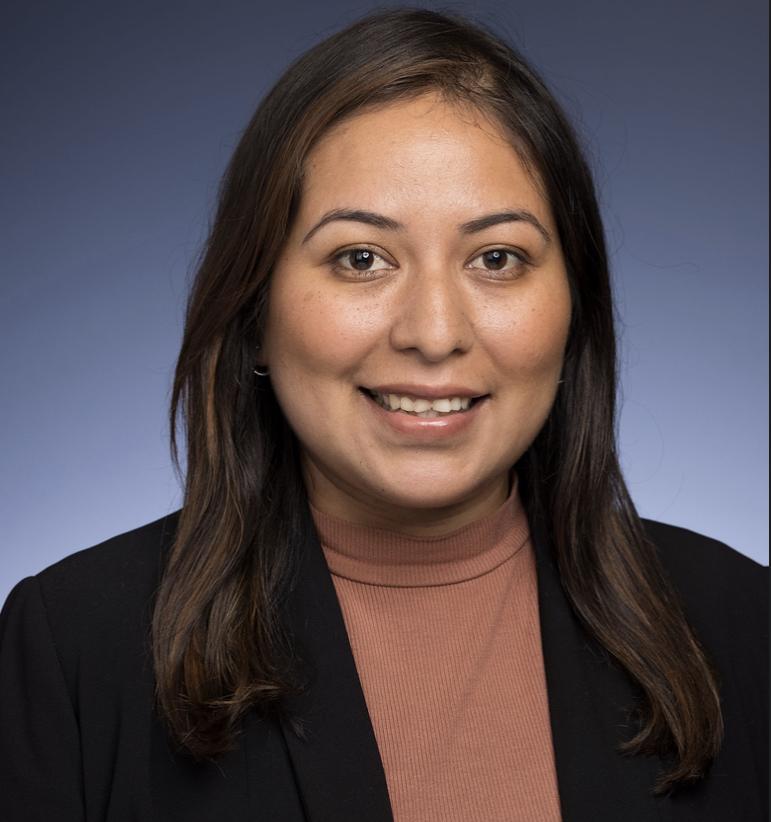 “I’ve learned that librarianship is about building relationships. Yes, we have a lot of resources. But as a librarian, it is our job to like to see which resources work for each specific person. Librarians have to be adaptable – they always tell you to have a backup plan because you never know. I feel like that’s what we are. We’re adaptable. We’re flexible. We’re ready to help.”

Alejandra Reyes’ first experience with libraries started when she took the bus to downtown Los Angeles as a teenager to find free Internet during the age of dial-up.

Her introduction to working in libraries, however, came after graduating with her Bachelor’s degree in Psychology. As a new mom, Alejandra needed a part-time job, so she started at the Los Angeles Public Library (LAPL) — just until she could get into her Master’s in School Counseling program.

“I come from a low-income background, so as a child, all I would hear from my parents was: ‘You only have one job and that’s to get good grades so you can get a good job.’ It wasn’t until after graduating that I was like, ‘Wait, hold on. Your bachelor’s is like your high school diploma now.’ And I wish somebody would have told me earlier.”

That frustration was also why Alejandra considered becoming an academic counselor — to ensure that students in low-income areas would actually hear about all of their options instead of seeing high school as the final stop on their educational journey — but her library supervisor had other ideas.

“He asked, ‘Well, have you considered becoming a librarian?’ To this day, I actually call him my godfather because he kept putting job descriptions in my inbox like, ‘Hey, this is what librarians do. And this is how much you would get paid.’”

Having that mentorship helped her learn about the benefits that come with working at a public library, and about library conferences. Between his advice and her opportunities to meet awesome librarians at work, Alejandra’s grad school ambitions changed.

Starting Back at SJSU

For Alejandra, choosing San José State University had been a long time coming. She had originally picked SJSU as her first choice school for undergrad, and had even attended for her first year there after high school — only to have to return home due to personal reasons. Consequently, she would ultimately finish her bachelor’s degree at Dominguez Hills.

Later, when Alejandra began looking for an online master’s program, she came across the iSchool.

“I knew I wanted to be a Spartan — I felt like I did a whole 360 and I wanted to belong there. The people I met there, the professors, my fellow colleagues today…whenever I learn that we’re from the same program, I think, ‘Oh, no wonder you’re that awesome.’”

Alejandra also expressed gratitude for INFO 203: Online Learning — the first introductory class for all iSchool students, which did help alleviate some of her concerns about being in a fully virtual grad program. She admitted that being an online student requires more discipline and emphasized how having a goal to work in public libraries helped her focus on her path. When she started her time at the iSchool, Alejandra had only been working at her library for a year as a Cybernaught, assisting with technology-based questions and IT and supervising the homework center.

As she learned about programming and collections in her courses, she began to recognize where she’d begun to develop programs of her own at the library, even at the tech level.

After taking INFO 200: Information Communities with Dr. Villagran, Alejandra felt even more connected to the library’s mission, learning about the digital divide and the ways in which they help their communities, and even her own family.

“I would basically kill two birds with one stone because a lot of my assignments were to observe a new library that you don’t work at or to interview a reference librarian elsewhere. So I was able to do that in my surrounding area, while at the same time taking my kids to programs and introducing them to different libraries and that’s been very beneficial for us.” 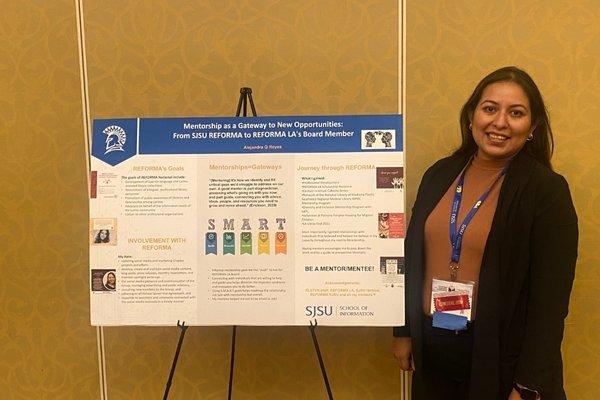 Alejandra was introduced to REFORMA by her supervisor, which helped her get a scholarship and fall in love with the SJSU branch run by Dr. Villagran, leading to Alejandra becoming an executive board member for a whole year of her time at the iSchool.

Pursuing her MLIS virtually while also raising her kids,  especially during the pandemic, Alejandra was grateful to have the chance to meet other students, network and find encouragement.

The SJSU REFORMA group also helped distract Alejandra and the other students from their current problems by providing a safe space for students of color and different cultural backgrounds, including a memorable Día de Los Muertos event where everyone could share stories about their ancestors and honoring past family members.

Searching for Work After Grad School

Alejandra’s experience after school has come with its own challenges, and she’s grateful for the support she received from the REFORMA Chapter.

“I was able to be honest with people to tell them like hey, I’m kind of bummed. I wish I had a full-time [job] at this point. It’s almost going to be a year since I graduated and blah blah, blah. And I think just having that really helped me.”

The job hunt for a full-time position can take a long time, especially if there aren’t any open positions in a prospective librarian’s area. In her experience at libraries in Los Angeles, Alejandra said that they have to also take an exam interview and that the exam is only offered every six months, and you can only reapply every two years… so needless to say, it’s a high stakes test.

Today, Alejandra works part-time at two different libraries: she’s a Librarian I at the Alhambra Public Library, and works with the mobile library, bringing storytime and resources to different parts of the city. She also still works as a center clerk at the LAPL, performing page duties and helping librarians with their programs.

“I’ve learned that librarianship is about building relationships. Yes, we have a lot of resources. But as a librarian, it is our job to like to see which resources work for each specific person. Librarians have to be adaptable – they always tell you to have a backup plan because you never know. I feel like that’s what we are. We’re adaptable. We’re flexible. We’re ready to help.”

Current students are encouraged to heed her advice: “Don’t be scared to reach out or even to get involved. In most of these organizations, people are just trying to help, and you just need to find your match and get that help. Whether it’s in the interview process or just experience, you never know who you’re going to find: it could be your next boss. It’s not a race. It’s fine. Just stay positive.” 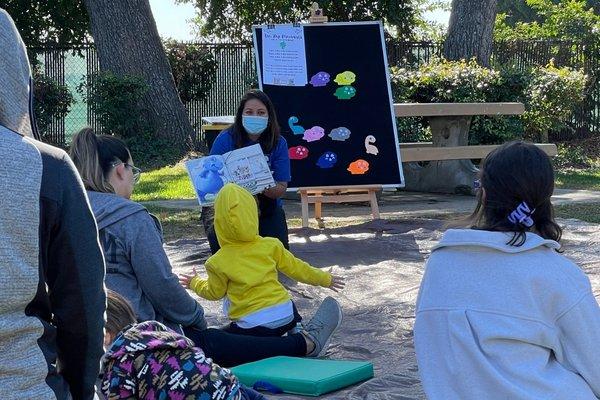 When asked what books she recommends, Alejandra suggests everyone pick up a children’s book.