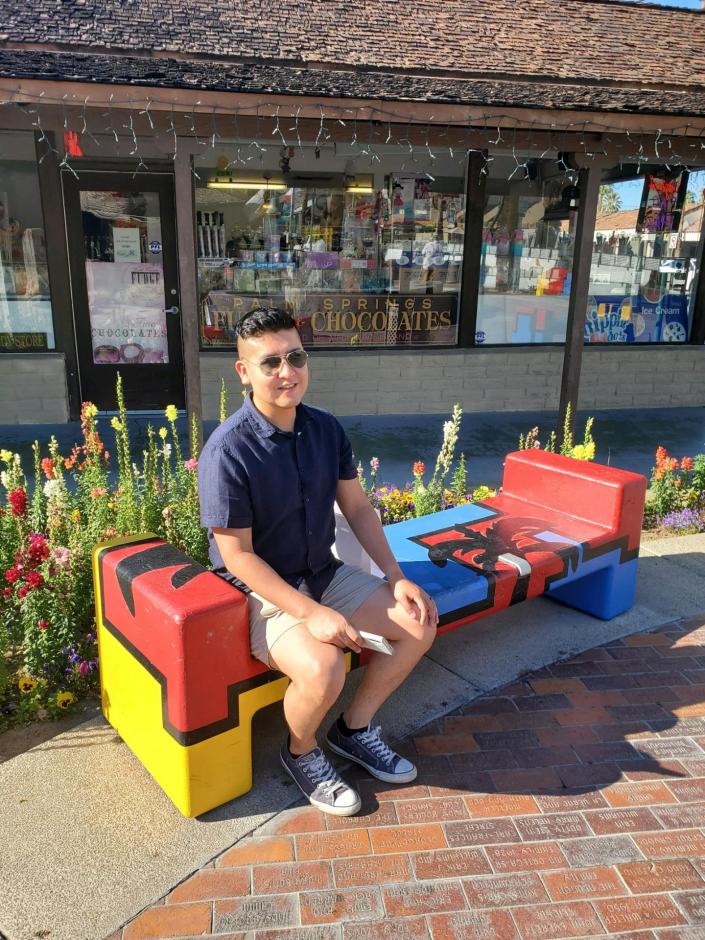 “The roles that libraries or archives play in actively impacting the Hispanic or Latinx community is limitless. I have also conducted bilingual storytimes in both English and Spanish, not only to help the Hispanic community but to also help civilians who wish to speak in Spanish. It’s really a collaborative effort in trying to enrich the community with diversity; a much-needed sentiment in everyday life.”

Max Gonzalez Burdick has always known he wanted to work with the written word. He had always done well in English classes in high school, joined the journalism team, and went on to get his Bachelor’s degree in English Literature and Communications.

“It wasn’t until I spoke to several students at UC Davis and I started to hear their stories about library science that it just clicked: this is what I want to do.”

But that required further education which was in his immediate plans upon graduation. Instead, Max began doing social work, a career he pursued for the next five years.

“Finally,” he notes, “I decided to apply to San José State University because it was one of the best programs in terms of the education that’s provided, how diverse it is, its affordability, and its openness it is to different topics, like medical librarianship opportunities and special library studies, which is something that not all library schools offered.”

All of these benefits added up to the iSchool being the right choice for Max and his path to librarianship.

Learning In Class and On the Job

Since starting his graduate program in 2019, Max has continued to work full-time while taking classes to complete his degree, and he’s enjoyed the ride.

“I like all of the classes that I’ve taken here. Every class has given me tools that have helped me.  For instance, I took INFO 260A, Programming, and Services for Children 0-8 last semester and it helped me develop my skills in terms of storytime.”

Today, Max works as the Library Branch Manager of a special library on a military base library. This may seem exceptional for someone without his MLIS, but as Max puts it, he happened to be in the right place at the right time.

“I started as a Library Technician, and then I really just showed a lot of interest and hard work. So then I became the Library Program Coordinator, in charge of all the programs that we run here at the libraries and I did that for three months. And then, the current Manager had to go to another military base. I was just really lucky that all of these changes happened at the right time.”

Max is still committed to pursuing the degree, explaining that it will give him the credentials necessary to be promoted or to find similar work at another library in the future.

“I would always go to downtown LA’s Public Library. I would take either the metro or my dad would drop me off, and I would hang around there with my classmates and we would work on class projects together.”

This habit would follow him through high school, community college, and his undergraduate time at UC Davis.

“Libraries have always been a place where I can just learn and study and do my thing. It’s nice to have that space.”

As a new student at SJSU, Max got involved in the SLASC – Special Library Association Student Chapter in order to gain some library experience beyond his own volunteer hours at his local public library.

“I spoke with Dr. Dee, one of the instructors that work with SLASC. I told her I really would like to learn more and be a part of the organization. And she said, ‘I have a position here for Second Blog Assistant, would you be interested?’ and I said yes.”

Over his time with the SLASC, Max became the First Blog Assistant, and ultimately the Blog Director before moving on to focus on his current work.

“My biggest advice [for those interested in library work] would be to start volunteering, wherever it is that you want to work. It doesn’t matter if it’s a library or a museum or a school, whatever it is, just put yourself out there and gain that experience because it really does help. I didn’t have library experience, but I put myself out there so I could get it.” 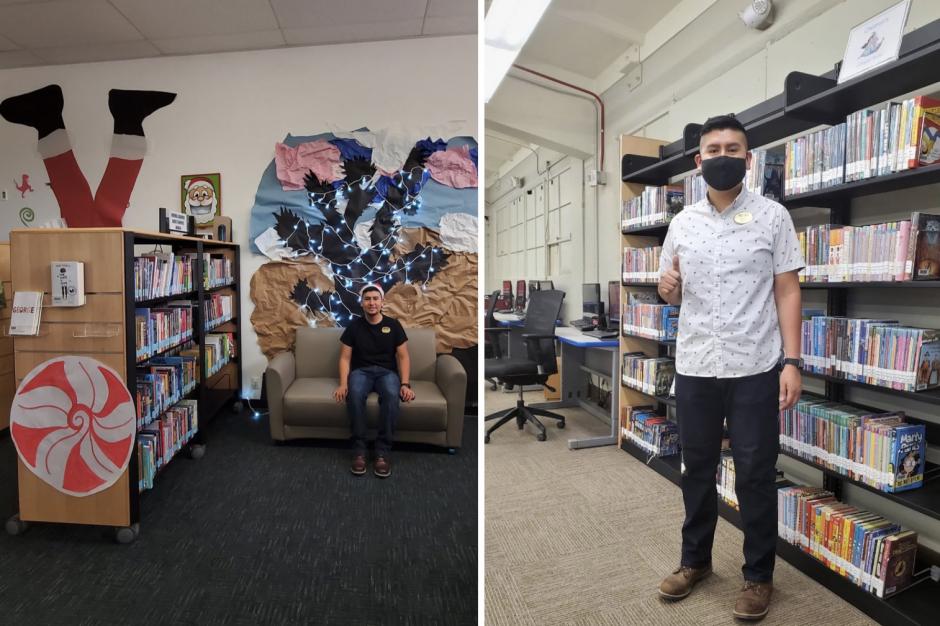 The Shadow Mountain Branch Library is one of two on the base, with a specific focus dedicated to civilians (or dependents) of military personnel and active duty.

“The Combat Center Library is where the Marines usually go, and it’s often packed though we get a lot of Marines who come in to use computers. And then we have a collection of more books in the back of the library. But this library here – it’s geared towards everyone, but we do have a more specific clientele.”

So what makes it a special library? Access. Not just anyone can enter the military base, and certainly not without special identification. This narrows Max’s community scope down considerably, to the Marines, their spouses, and their dependents. There are special collections for the marines specifically, including the Commandant’s Reading List, but in many other ways, it is a microcosm of the outside world.

“I always knew that I wanted to work in a special library, whether that was a military library, medical library, or a plant science library. So working here, it’s just so it’s so different. It’s a culture shock at first, but after that, you get used to it and I really like my job a lot.”

“I am so proud of how far I have come in my life, knowing where I was born and raised. I am a first-generation Mexican American, who really has reached levels that I always knew I would reach. My Mexican culture and heritage is something that has always been a significant part of my career.”

As the Library Manager, Max influences how the library celebrates the diversity of cultures within its community.

“For instance, I noticed that we didn’t have a budget for Hispanic Heritage Month. So I really invested my time in that and I told my director at the time, ‘hey, can we ask for sponsorship for that?’ So for this fiscal year, we ended up getting $500 for Hispanic Heritage Month. We used that funding to create programs like virtual cooking tutorials on our Facebook group, did a guacamole and chips event, and developed displays highlighting Hispanic authors and culture.”

The connection between attending the iSchool while also managing the library has been a very synergetic experience for Max. In his Library Programming course, for example, he was able to create a project that was centered on serving his community in East LA.

“I was able to showcase statistics about why Hispanic children should be encouraged to read at such a young age. [Doing this assignment] brought questions into perspective: ‘as a librarian in a military base, how am I going to provide the same information to our clients? How can I improve statistics?’”

And that’s what motivates him to continue celebrating his culture and other communities by developing diverse library programs.

“The roles that libraries or archives play in actively impacting the Hispanic or Latinx community is limitless. I have also conducted bilingual storytimes in both English and Spanish, not only to help the Hispanic community but to also help civilians who wish to speak in Spanish. It’s really a collaborative effort in trying to enrich the community with diversity: a much-needed sentiment in everyday life.”

Max has also recently received a scholarship from the Orange County Chapter of REFORMA, dedicated to support the recruitment and retention of bilingual Spanish/English students in the librarianship profession.

As a former English major, Max has an #amreading list as long as his arm, going between various volumes over audiobook as he takes his daily commute to work.