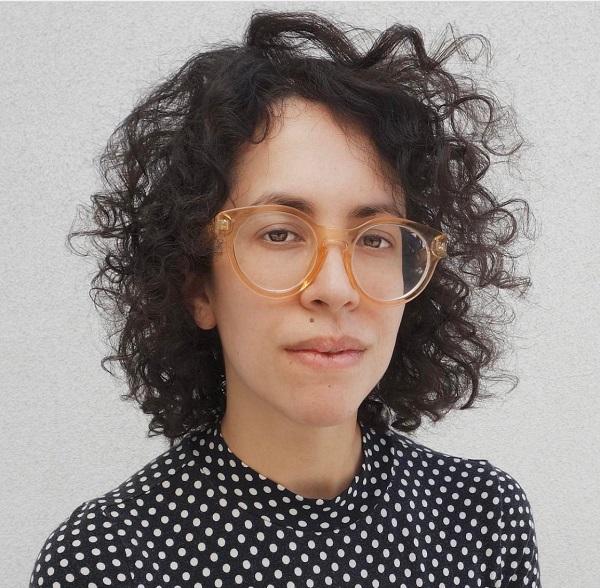 “I love being a student at the iSchool because the time we save in not having to commute to a campus means more time we can spend on learning!”

In talking to Deana Uribe, it doesn’t take long to realize that this upbeat and energetic public library staffer is passionate about two things: exploring her home state of California and public libraries. Deana has clearly absorbed the Southern California sunshine and is reflecting it back into her work here at the iSchool and at the Los Angeles Public Library System. As a recent recipient of a Graduate Equity Fellowship, which recognizes her high-quality academic work and outstanding library fieldwork, Deana is rapidly moving forward in pursuit of her goal to provide public services to children and teens in the Los Angeles area.

Deana earned her undergraduate degree in Community Studies at the University of California at Santa Cruz. This innovative major requires each student to participate in an intensive field study. Deana’s choice to work at a family resource center in the Santa Cruz area provided her with a well-rounded experience working as an information professional because, as she tells it, “the center functioned as a kind of reference desk” for community members seeking resource referrals.

Deana describes her journey to MLIS studies as a process. Deana considered a career in the library field for a long time, but “was intimidated by the thought of all of that schoolwork!” Her desire to have a career that she felt passionate about eventually won out, though, and in 2018 she came to the realization that “I am already working hard…so I might as well be working hard in a field that I love!”

Living in the Los Angeles area, Deana had many options for pursuing her MLIS, but the higher cost and added commute time that this type of program entails made her selection of SJSU’s iSchool an easy choice to make. As Deana explains, “The time we save not having to commute means that much more time we have to spend learning!”

To make it all work, Deana set a goal to maintain a balance between school, work and her outside interests, in order to not miss out on doing what she loves. She achieves this by maintaining a set schedule and devoting her two non-work days a week to her school work. She has further learned that she would “rather spread schoolwork out and take my time” in completing her assignments. She loves the flexibility that the iSchool provides her, as she has found that combining her time management skills with the program’s 100 percent online format has allowed her to balance school, work and her personal life.

Library Job An Extension of Schoolwork

For the past year and a half, Deana has been working as a messenger clerk for the Los Angeles Public Library System. She considers her work at the LAPL to be the “hands-on side of school studies,” and she has gained experience working in the public library system and support from her fellow library colleagues who are also going through the iSchool program. Deana has come to understand there is an “unpredictableness” to public library work. In addition to her duties shelf reading and helping out with library programming, Deana is also gaining knowledge about different public library processes by observing and asking questions in the course of her regular job duties.

Took a Chance and Applied to Fellowship

On the advice of her INFO 285 Professor Anthony Bernier, Deana explored the financial aid and scholarship opportunities the iSchool offers during her second semester in the MLIS program. “I’ve never won anything in my life,” Deana claims, but because she fit the criteria for the Bertha Kalm Scholarship offered through the San José State University College of Graduate Studies, she took the chance and applied.

In fact, the fellowship she was granted was NOT the one she applied for! Deana was runner-up for the Kalm Scholarship, but the selection committee was impressed by her outstanding academic work and her commitment to bringing public services to children and teens in the under-resourced community of East Los Angeles and granted her the maximum amount of $4,000 available in the Graduate Equity Fellowship Award.

In addition to the recognition of her academic work and future career aspirations, Deana also has a new mentor in Dr. Bernier. Deana enthusiastically notes that “everyone I’ve ever talked to at San José State [University] has made me feel really comfortable,” and she encourages all prospective and current iSchool students to take advantage of the guidance the school is so willing to provide.