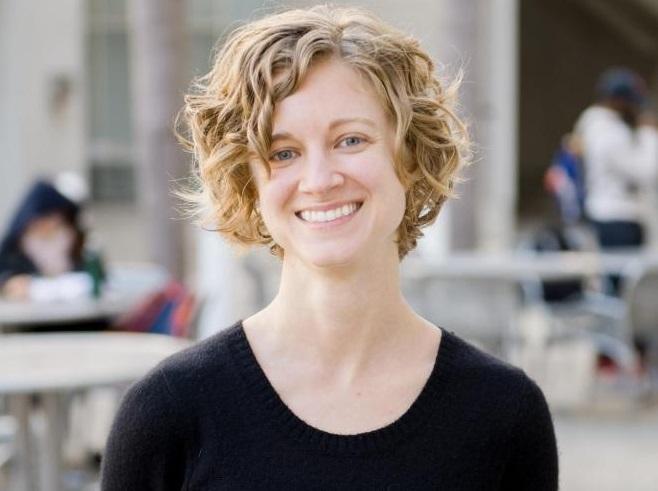 “With the iSchool MLIS classes, I was able to tailor my assignments to fit my library work.”

With the completion of her MLIS in 2016, Jessica Pierucci brings to the field of librarianship a wealth of knowledge gained both here at the iSchool as well as from her work in the legal field.

Jessica started her academic career at Oberlin College in Ohio. She developed an interest in international studies while spending time abroad in Guatemala and Namibia during the course of earning a 2009 Bachelor’s degree in Sociology with minors in Religion and Law and Society. After graduation, Jessica chose to pursue her interest in the law and enrolled at the University of California, Irvine School of Law where she became a member of its second graduating class. Demonstrating an interest in service, Jessica participated in clinical and pro bono projects focusing on consumer protection, legal aid and asylum seekers.

Jessica was poised to begin practicing law after being admitted to the California State Bar in 2013 when her interests changed course. While working as a project assistant for Erwin Chemerinsky, UCI Law’s founding dean, Jessica turned to the reference staff at the law school and was immediately impressed with the depth of legal knowledge that the librarians possessed and how this can be used to serve people. She soon realized that law librarianship was a career that could combine her legal knowledge with her desire to help others.

“With the iSchool MLIS classes,” Jessica noted, “I was able to tailor my assignments to fit my library work.” She used her research assignments for her INFO 204 Information Professions class to study law librarianship and turned her INFO 266 Collection Management class assignment into a study of the law library’s collection. She also turned a libguide class project into a guide for the library.

In order to supplement her academic work and learn more about her chosen career pathway, Jessica joined both the Southern California Association of Law Libraries and the American Association of Law Libraries (AALL). Her commitment to both her job and studies gained Jessica recognition for her work by receiving both the AALL Scholarship and the LexisNexis John R. Johnson Memorial Scholarship in 2015. Further recognition came when she was awarded the 2015 and 2016 SCALL Scholarship, an award given to students living in the Southern California area who hold promise with their future involvement in the law profession.

After graduating with her MLIS, Jessica continued to work at the UCI Law Library as a research specialist until she became UCI Law’s first Research Law Librarian for Foreign, Comparative and International Law. In this role, Jessica provides research services for faculty, serves on the reference desk at the law library and teaches a legal research practicum course to first-year law students. More recently, she curated the UCI Law Stories exhibit for theUCI Libraries. Created in partnership with two colleagues (including fellow iSchool alumna Christina Tsou), the exhibit spotlights the papers of founding Dean Erwin Chemerinsky and celebrates the law school’s 10 year anniversary.

Advice for iSchool Students: Gain Library Experience at Any Level

Jessica recommends that, where possible, prospective and current MLIS students find a job at any level in the library in order to gain a broad overview of library procedures and practice. She elaborated that the variety of experiences gained in a variety of positions gave her “behind the scenes” knowledge of library work that she would have missed if she had just gone straight to work at the reference desk.

Jessica has continued her involvement in SCALL by serving on its board and is continuing her professional affiliation with AALL, as well. She welcomes the opportunity to speak with other iSchool students about law librarianship so that she may provide the same career guidance that she found so helpful from both of these groups as well as from other iSchool graduates who have preceded her in the legal field.