“The MLIS program seemed the perfect program for transitioning into more senior leadership positions given its focus on leadership and management oriented coursework.  The fact that I could do it part time and remotely was also a factor, as I kept working full time in my then current job as Director of Information Technology and Support Services at Fraser Valley Regional Library.”

At only 42 years old, Scott Hargrove obtained his dream job with the help of an MLIS from the San José State University School of Information.

The path to iSchool alumnus Scott Hargrove’s (MLIS, ’10) current position as CEO of Fraser Valley Regional Library (FVRL) will be familiar to those of us who, despite detours into other careers, have always seemed to find their way back to the LIS field. “When I was younger,” Hargrove (right) says, “I volunteered in my elementary school library before going to work as a page when I was 16.” Even while working as a teacher by day after college, Hargrove stayed in the library business by night. Eventually, he figured out that his passion was truly rooted in the LIS profession. “When I announced this to the librarians I worked with,” Hargrove recalls, “they surprised me by saying ‘Google will replace us all’ and I went into computer science instead.” Naturally, Hargrove found himself back in libraries after receiving his MSc in Computer Science, managing IT departments. After progressing into senior management, Hargrove realized the lack of an MLIS was holding him back and chose to remedy that issue by enrolling in the MLIS program at San Jose State University’s School of Information. 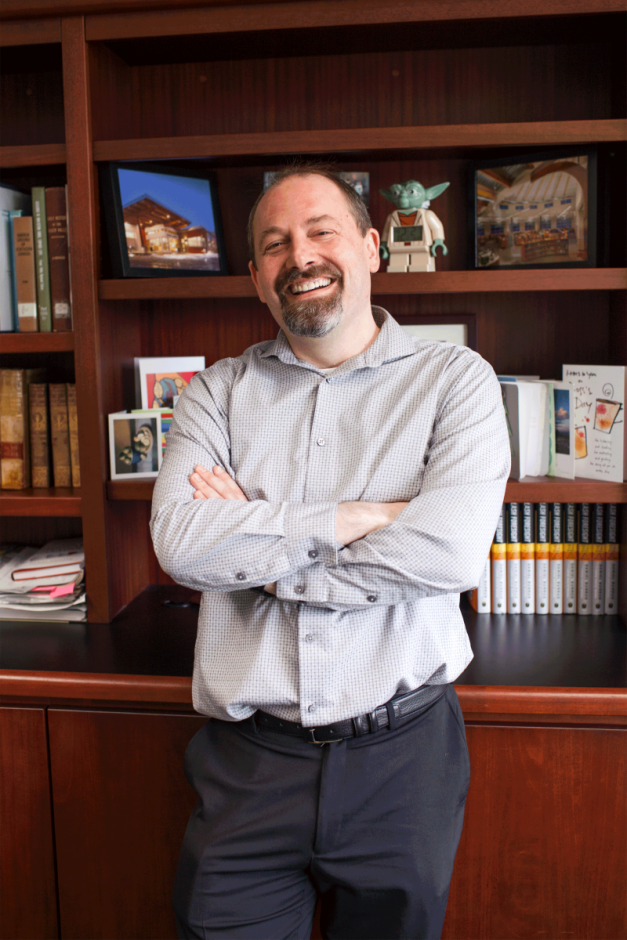 Choosing SJSU for his MLIS was a rather simple decision for Hargrove. “At the time,” he says, “my friend and mentor, Dr. Ken Haycock, was the dean, and the [leadership and management pathway] seemed like the perfect program positions given its focus on leadership and management oriented course work.” The flexibility that the iSchool’s 100 percent online program offers also, as ever, factored heavily into Hargrove’s decision, as he continued working at Fraser Valley while completing his MLIS.

Climbing Through the Ranks

So how did Hargrove reach the role of CEO at his library? “The cheeky answer—” he says, “I applied!” More accurately, though, attaining the role of CEO took years of working towards the position. Hargrove explains, “I participated in a variety of carefully, strategically chosen opportunities within the profession.” He chaired a provincial business function group, served on the Board of the BC Libraries Cooperative, and presented at dozens of different conferences across North America in his areas of expertise. “Everything I did,” says Hargrove, “was selected to develop my leadership capacity. Boards and hiring committees need to see that you are not just an effective manager, but that you are committed to the profession and a capable leader. It’s not enough to do your job well—you have to be committed to something greater.”

Hargrove’s work at SJSU, of course, also helped develop him into the leader he is today. Though he says all the courses at SJSU offered value, there were some that have proven to be especially valuable. “Dr. Haycock’s courses in leadership were exceptional,” Hargrove enthuses. “I regularly refer to that material in support of personal and professional development. I would not be the person I am without his continued influence.” Hargrove goes on to single out Dr. Christie Koontz’s courses in marketing as outstanding. “Life changing, in fact,” Hargrove notes. “I never really ‘got’ marketing until I learned about it from her. I can actually remember the day it ‘clicked’ for me and going in to talk to one of the marketing staff about it, as I was finally excited about the possibilities marketing offered.” Today, Hargrove considers FVRL’s Marketing and Communications Division to be one of his most valuable assets. “I pester the staff regularly with my hare-brained ideas,” Hargrove says. 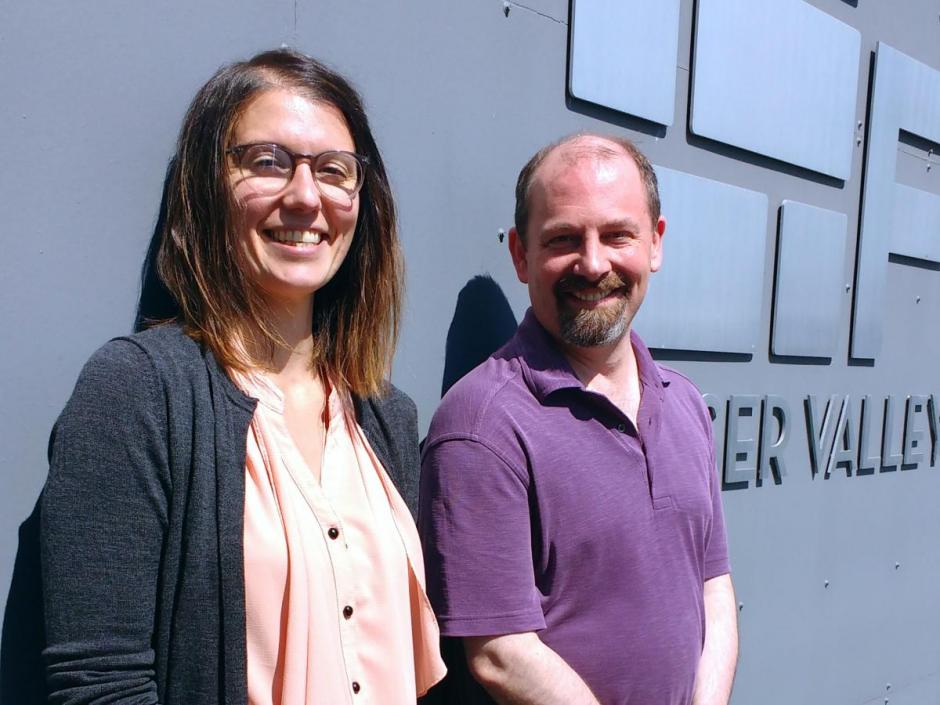 Always More to be Done
On any given day, Hargrove’s role as CEO will involve various responsibilities that’ll make any semblance of a schedule fall apart. “Being CEO of a library,” Hargrove says, “is definitely not a job for people who want a predictable routine. In the last three years, I have had perhaps five or ten days that have gone as planned.” Most of his days involve dealing with unexpected issues that have arisen overnight and daily plans are regularly postponed in favor of higher priorities. Says Hargrove, “Given the structure of FVRL, my work is primarily focused in areas not traditionally with librarianship. Areas like HR, financial management and budgeting and business planning represent the vast majority of my work.” Hargrove works closely with expert directors in each of these areas to ensure the regional he serves receives smoothly operating libraries. “It’s worth noting,” Hargrove adds, “that the amazing people I work with are the most important resource FVRL has. We are fortunate to have an incredible staff, a supportive and progressive board, and strong leadership.” People like Tamarack Hockin (pictured left with Hargrove), a fellow iSchool alumni previously profiled right here.

Having attained such a role at a relative early age, Hargrove can’t exactly answer the question of what’s next for him. “That’s a challenging one,” Hargrove says. “I spent fifteen years working steadily towards this goal, hoping to achieve it by 50 or so. Imagine my surprise and delight when I could achieve that goal at 42! Just to prove I read, 42 really was the answer to Life, the Universe and Everything.” So for now, Hargrove is more than happy right where he is. “I have the sheer privilege of working with the most amazing group of people I could ever imagine. It’s very difficult to think about anything else at this point. I keep my skills sharp by doing 30-35 presentations a year, participating in professional groups and associations, and mentoring in programs like the Library Leadership Excellence and Development Program.” This gives Hargrove plenty of excitement outside of his “regular” job. “It keeps my professional passion alive and well while trying to give something back to the community.”