iSchool Community Profilees: Where Are They Now?

Catch up with with previously profiled students and alumni to see where they are now.

It’s summertime, virtual convocation has come and gone, and graduates and students alike are planning next steps for their LIS futures. We checked in with past Community Profilees for updates, inspiration and to see where they are now. 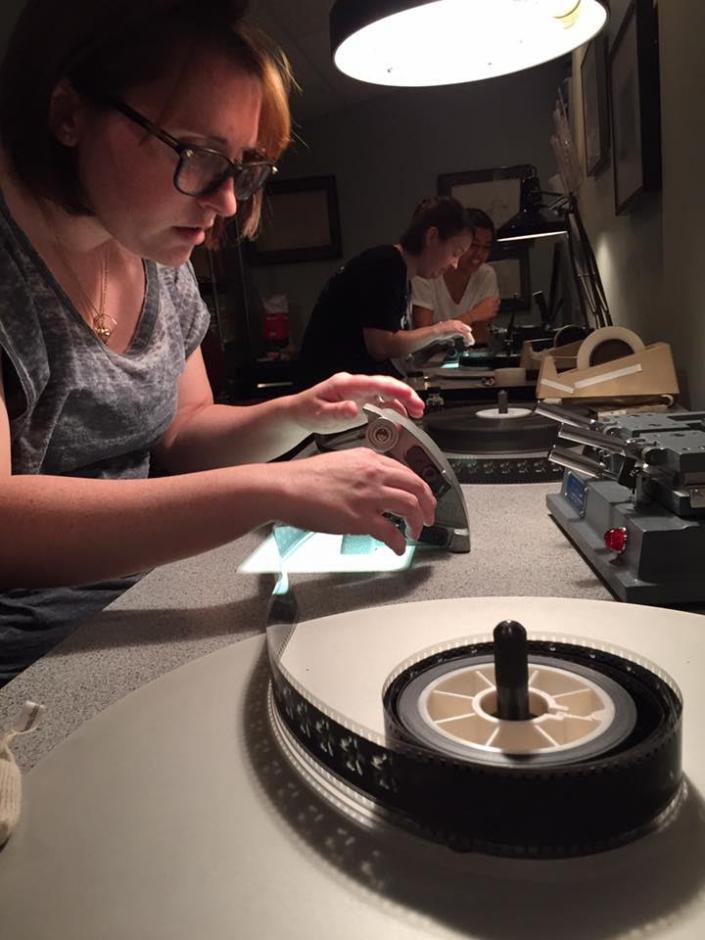 Last time we talked to Sarah Smith, the MLIS student pursuing film preservation, she had moved to New York to attend the prestigious Selznick School of Film Preservation certificate program, while continuing to take San José State University School of Information courses focusing on archives. This June, Smith, pictured right working a cement splice where film is put back together if it splits, graduates from Selznick, a program she describes as “the most amazing, yet most difficult experience of my life.”

“I have truly grown into a qualified film archivist that can represent Selznick proudly. I have met the most amazing people this year. I have been to the MoMA Film Preservation Center and one of the few Motion Picture labs Cinema Arts in Pennsylvania, and the Library of Congress Packard Campus of the Audio-Visual Conservation Center where they can do complete preservation projects. They even have their own film lab!”

This fall, Smith will wrap up the iSchool MLIS degree program with an archival-based thesis, inspired by her trip to the Library of Congress’ (LoC) film archive, and the feedback from librarians there that library cataloging doesn’t support film as much as they’d like.

“YES I AM WRITING A THESIS LIKE A COOL KID,” she proclaims. “I will be focusing my thesis on the lack of standards in motion picture archives. I had an intense conversation with archivists at the LoC and they had to create their own system so when RDA/MARC and eventually Bibframe doesn’t work they can do their own thing. It’s risky and it’s awesome. I can’t wait to write it and submit it to archival organizations.”

As for her future career goals, Smith has “officially decided” that she’d like to be a collection manager working specifically with nitrate film.

“This means,” she explains of her career path, “that I would be in charge of the nitrate vaults—what goes in them, what goes out of them, the condition of the films inside of them and I would be in the know with every project that has the nitrate films involved,” Smith says. “This is a very large role in a film archive, and I am starting my focus now in order to be trained so I can achieve this goal.”

But first, the intrepid explorer is off to Hawaii, where she is the sole recipient of the 2016 Roselani Media Preservation Internship at the ‘Ulu’ulu Moving Image Archive of Hawai’i in West O’ahu. 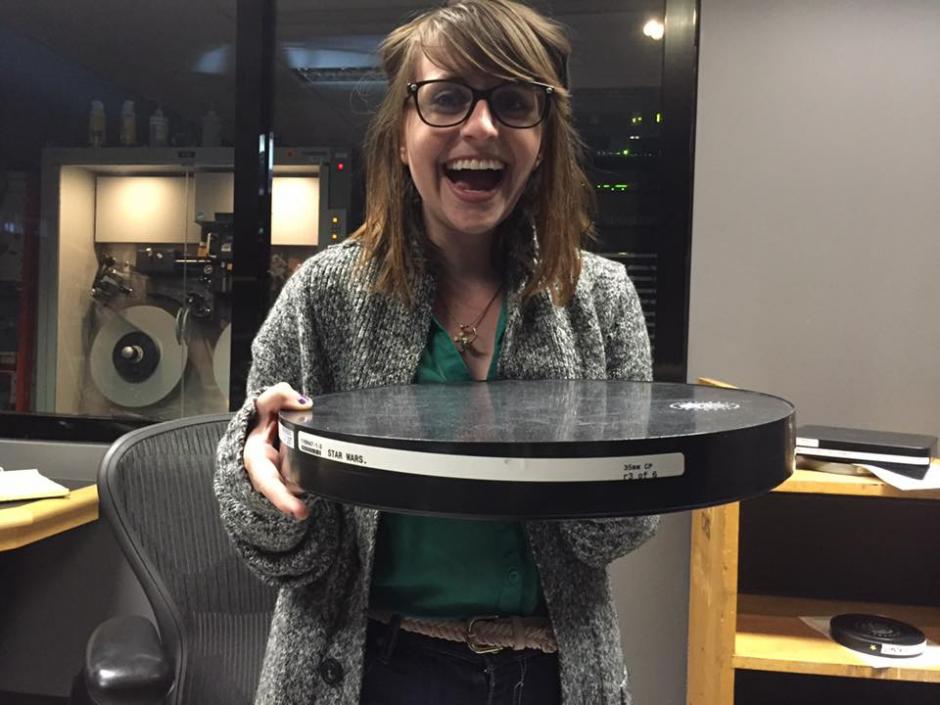 “They are the moving image archive for the state of Hawaii with the goal of preserving the state’s history,” Smith explains. “I will be working with VHS, U-Matic tape, BetaMax and 16mm film and will be mostly working on a large cataloging project. I’m super excited to visit the Dole Plantation and go on a studio tour to visit where Jurassic Park and 50 First Dates were shot!”

Working with nitrate, dedicated to bringing film cataloging up to library standards, and enjoying every minute of her studies, Smith has her work cut out for her. She’s pictured, right, holding reel three of the original Star Wars, “with no edits made by Lucas,” she squeals, “this is where Han shot first!!!” But, as evidenced by her internships and travels, she believes in the power of a good work/life balance.

Between libraries, archives, film and preservation, Smith has a bright future ahead.

iSchool alumna Paula Pereira, immigrant, teacher, librarian and self-published author of How I Learned English: The Story of a Brave Mexican Girl, the book she wrote based on her experiences as an English as Second Language (ESL) student, recently got tenure as a faculty librarian at the Cerritos [California] College library.

“I am a circulation librarian and I do a lot of outreach, especially with my Library Club,” she says. “The club recently hosted our 12th Poetry Night event, which was a big success. Our poetry night is really appreciated as students, faculty and staff are welcomed to share their original poems. It is exhausting to prepare for this event but extremely gratifying to see so many students eagerly waiting to share their masterpieces.”

For all her hard work, Pereira was awarded Outstanding Club Advisor and continues to visit schools as a motivational speaker (pictured, below), to talk with students about her book and college life.

“It’s been very interesting to see how students of all ages react to the motivational story of Claudia Sanchez, [the] main character of my book,” she says. Like fictional Claudia, Pereira moved to the United States, got a job in a library and began to study English – and develop a love of librarianship. Pereira continues to support ESL students through her library, her book, and her inspirational story.

Check back next week for more updates on Community Profile iSchool students and alumna!