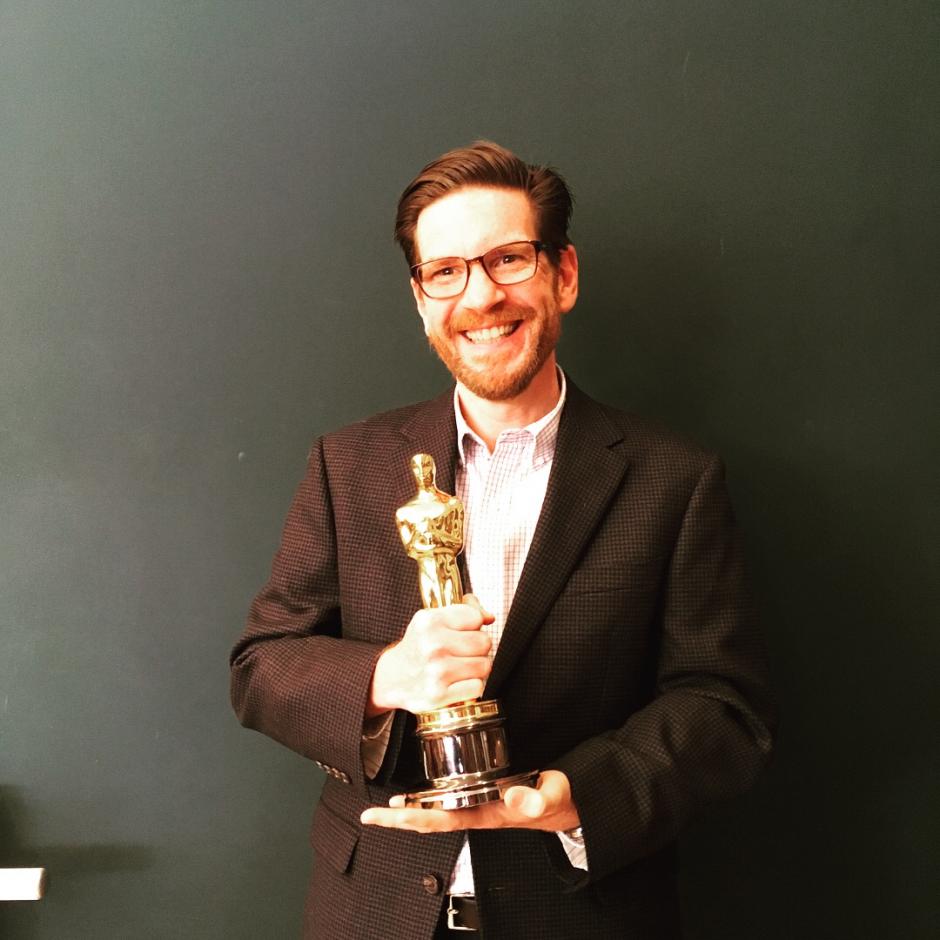 “Try to meet other people working in the field or who are studying similar things. I was really glad I got to work in a public library while I was going to school. The internships also helped me meet a diverse group of people with different skill sets, so just try to get out there as much as you can. Build your network out not just up, as we were told during the Academy Gold program. Build connections with your peers so you can all bring yourselves up in the process.” ​

Gerard Collins has managed to fit a lot into his time at San José State University and beyond. He graduated with an MLIS degree from the iSchool in December 2018 with an additional certificate in Digital Asset Management. He completed two internships while continuing to work part time as a library assistant at the Pasadena Public Library.

Recently, Collins has been selected for the LA as Subject Residency Program. Many of these opportunities were made possible by Collins’ willingness to put himself out there and network. Networking was something he purposely had to work toward when he began his journey towards becoming a librarian.

“When I started at the iSchool, it was a very deliberate initiative to make myself network more. I tried to get myself out there more, to get myself to conferences, to meet students, to introduce myself around. I have gotten much better at it over time,” said Collins.

Working and Connecting in L.A.

Collins has found living in the Los Angeles area to provide many interesting opportunities for librarians and archivists. Early in his career as an information professional, Collins volunteered at the Burbank Public Library on a local history project that they were putting online. Doing this helped him realize much he enjoyed delving into local history and research, and digitization as a whole. This experience helped push him toward the Digital Assets Certificate.

“Getting the certificate was simple. The whole process is pretty straightforward. If you take the classes and fill out an audit form you receive the certificate. It complemented what I was already planning to take really well,” said Collins.

Through connections he had made doing informational interviews and attending conferences and events, he was able to find an archival internship at the Writers Guild Foundation’s Shavelson-Webb Library in the spring of 2018. While at the WGF library he processed the collection of a TV writer named Howard Leeds who worked in radio in the 1940’s and on TV shows such as the Brady Bunch and Silver Spoons into the 1980’s.

“That was a great hands-on internship. I got to develop the collection, do an inventory, write up a finding aid, and post it on the Online Archive of California. It was also great building relationships with the people who worked there. I made some really good friendships and connection from being there,” said Collins. After his internship he was offered substitution shifts at the WGF library and continues to works there a few times each month.

Collins’ next internship took place at the Margaret Herrick Library for the Academy of Motion Pictures Arts and Sciences. He applied numerous times for an internship with the Academy and was about to give up when he applied one last time. He was given an offer to work in technical services over the summer, and he jumped on the opportunity. The Academy was working to increase diversity and cultural awareness during this time so he was able to take part in a project known as the Academy Gold Program, with numerous panels and learning opportunities for people throughout the Academy.

“It was kind of like a summer camp participating in that, with people from all different departments. It was a long and busy summer but a really cool experience,” said Collins.

Ready for the Next Experience

In May of 2019, Collins will begin his work with the LA as Subject Residency Program. This two-year residency program provides outreach to community archives within Los Angeles to help digitize their collections.

“Over the course of two years, each of the three residents are supposed to work with 10 different community archives, and either start digitizing materials or develop a plan for them to do so,” said Collins.

He found out about the residency opportunity through LA as Subject Archives Bazaar at USC. “You get to see all the big and small institutions that are in the area. They also have workshops and panels,” said Collins.

He initially saw the residency opportunity but was too busy to pursue it as he was working on his e-Portfolio for the MLIS, but was reintroduced to the idea later by his supervisor at the Writers Guild library. Collins pulled the application together in two days, even though it required three different applications, and eventually received an offer from California State University Dominguez Hills.

Collins is excited to begin the residency program and see where the future will take him from here. He reminds current students that it is important to get out there and make connections, as it benefits you both personally and professionally.