“Leadership is enabling and inspiring others to come up with great ideas and do great work. It’s not about me, it’s about us as a whole.”

“I always knew I wanted to be a librarian,” Kayla Marie Figard says. “I spent most of my childhood in a library, I went to storytime, read stacks of books, and I always felt at home there.” 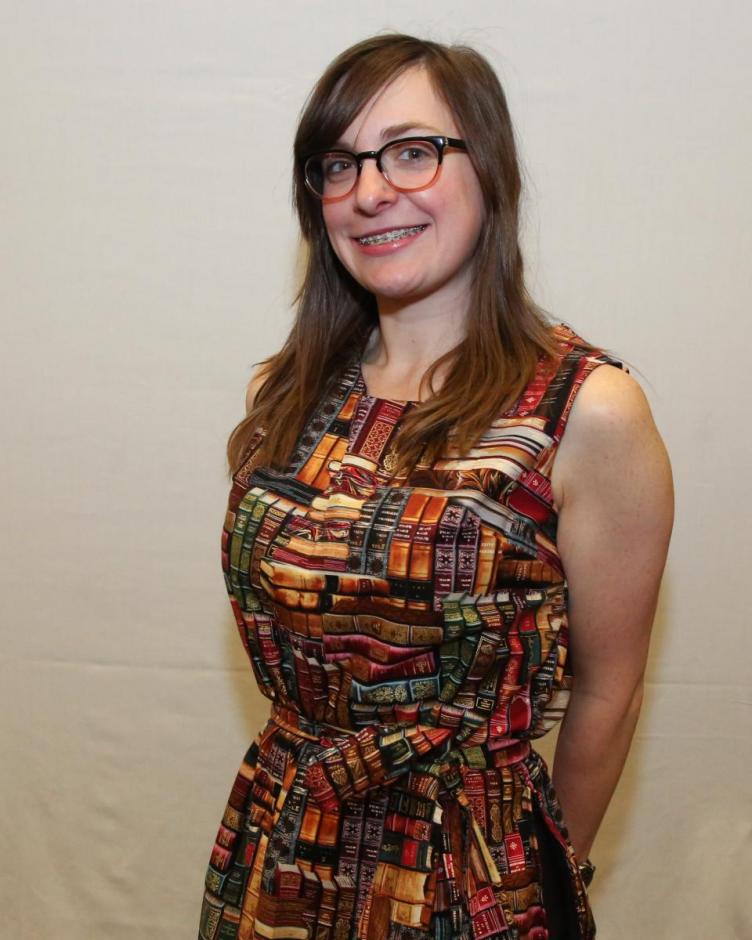 Figard took her love of libraries to heart and started volunteering in her local Pacifica, California public branch while still in high school. When she found out they were hiring, she applied and got the job. “I was just shelving books,” she says, “but it was a start.”

Figard didn’t hesitate to suggest new library programs for teens, noting that the local high school was down the street. And the library staff was open to suggestions.

“The first program I did was a teen film festival,” Figard explains. She admits that she had no idea what she was doing, but approached her manager and “fumbled through it.”

“I was inspired because I made movies and had a lot of friends who did, and we had no venue to share the movies with other teens and adults. I thought it would be a good thing to give teens the space to do that.”

>When Figard transferred to the Belmont library branch, she developed a “pitch-it”, a project where any staff member can submit an idea, everyone votes and the winner gets a $5000 grant towards their project. “I pitched the idea to make the film festival countywide and get some money to get equipment for teens. We’re in our eighth year now and it’s really exciting.” Pictured right are the awards handed out to winning teens.

The driving force behind the festival is that each teen who submits a film gets to show their work. “It’s not about winning. I want everyone to be able to share their work,” Figard elaborates. “I’m really passionate to make that happen. We usually get about 20, and this year we had 30 entries. The films are judged that day, and then after the films are played they deliberate and chose winners. It’s getting so big we might have to split it up and make it two film festivals!”

Equipping the Dream with the MLIS

While she was in college for a bachelor’s degree Figard realized she really wanted to pursue the MLIS. 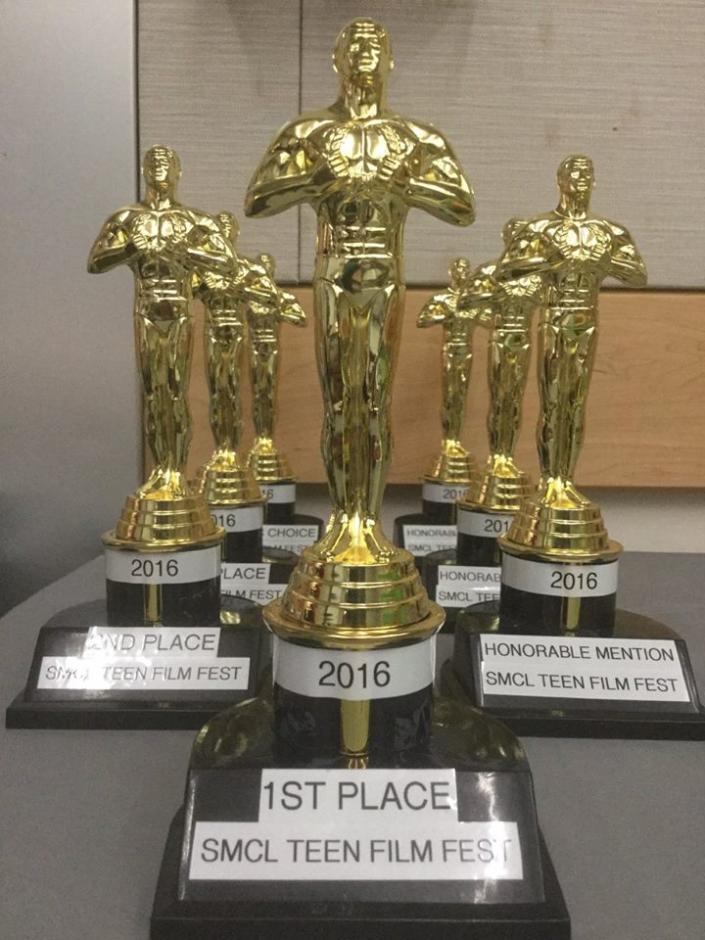 As a library aide in Pacifica she was able to do programming, but realized she would need the MLIS that if she wanted to advance her career, continue doing programming in other cities, and obtain a full time job. “I just wanted my masters already at that point!” she exclaims.

“As a library aide shelving books, I was already excited about working with kids and teens, but realized it’s difficult to shelve everything and want to plan all the programs,” Figard laughs. “I had other interests—I wanted to write and went into journalism, but I always came back to libraries.”

Once at the iSchool, Figard took as many different classes as she could to be well rounded. “I was already doing the work…I was SO READY to be a librarian.”

Figard’s work with teens is in honor of the role the library performed in her youth. She runs a teen advisory group, which meets once a month to discuss what they want to see in the library and how they can help the library support teens. She also co-leads the Volunteers Outreach Involvement Community Events & Services (Voices) group, a partnership between Belmont library and the parks department, where teens meet three days a month to organize and complete a community service project. “It’s a really great partnership,” Figard notes.

That’s when Figard heard of the ALA’s emerging leader award, a leadership development recognition for new library professionals. In her application, Figard described her leadership, community, civic and volunteer experiences. “I talked about how leadership is enabling and inspiring others to come up with great ideas and do great work—it’s not about me, it’s about us as a whole,” Figard says.

Figard, sponsored by the Young Adult Library Services Association’s (YALSA) received the honor of  2016 YALSA Emerging Leader. The award allowed her to meet other emerging leaders at the American Library Association (ALA) midwinter meeting, where she collaborated on a project creating a YALSA social media calendar the group can use to connect with members. It also allowed her to network, learn more about YALSA programs and get inspired thinking about her own programs for teens.

As part of an iSchool grant writing class, Figard is developing a project where teens can learn about the history of journalism and get hands-on skills creating a website, a podcast or experience video journalism. Her end goal is to fund the purchase of equipment for her county library system, so all of the branches can collaborate to publish a newspaper website, podcast or video webcast from the teen’s point of view.

“It will teach them several different skills,” she notes, “and aligns with YALSA’s future of library services for teens, emphasizing connected learning. They can find something they enjoy doing by experimenting with these technologies.”

The Visionary Finds Her Wings

Figard, pictured right, has big plans for her future, starting with gaining full time employment as a public librarian. While her focus remains in teen services, Figard would like to design a series of programs for adults with developmental disabilities, inspired by her own very personal experience.

“I had an adoptive sister with Down Syndrome, she was the sweetest person I ever met and she helped me [realize] that if she could overcome all this adversity, so could I,” Figard says. “I’ve always wanted to service this demographic, but I needed to figure out how. Because I want to treat these people like adults: it’s not just doing storytime.”

At this year’s Public Library Association conference, Figard attended a presentation by Anythink libraries on how to create engaging programs for adults with disabilities. Their model, called Any Ability, “focused on other programs besides storytime: crafts, theater, dance parties, a gardening club, a book club discussion group,” she noted. “It was really inspiring. Because we’re already a trusted resource in the community, libraries have the power to create even more educational experiences.”

Figard was excited to learn that she will be the 2016 iSchool Virtual Convocation speaker, addressing her graduating classmates and instructors during the May 21 celebration.