A Life of Libraries with Stephanie Saba 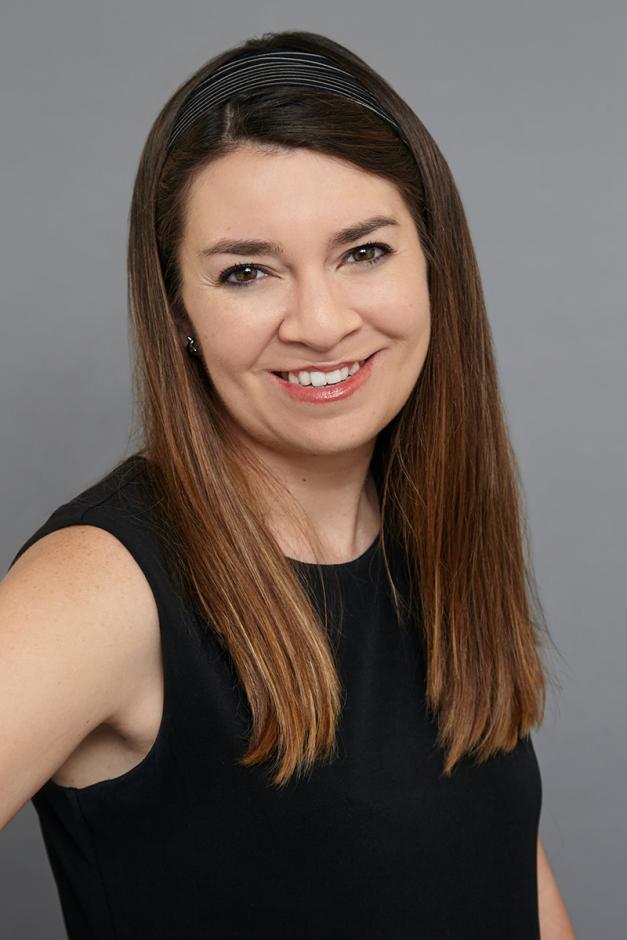 “I love libraries. I love this profession. You just meet so many amazing people every day…I just love it. Like I couldn’t imagine doing anything else.”

Coming out of the Public Library Association conference in March, the largest library conference since the beginning of the pandemic, iSchool alumna Stephanie Saba expressed how nice it was to be back amongst the community of library professionals again.

“[It’s good] to be back in person with all the library people and getting to talk to people from different systems [and] hear what other libraries are doing. Such great energy comes out of conferences. And I’ve really missed it in the last couple of years.”

Named as the new Pacifica library branch manager in 2022, after decades of experience, Stephanie has loved libraries since the beginning, ever since her mom would take her to story time at her local library as a young girl.

Growing up, her library’s story time was a formative experience for Stephanie.

“I just loved our children’s librarian,” Stephanie said. “She was just the absolute best. And we would check out all these books, and then we’d go home and I would pretend to be her and do story time for my stuffed animals.”

As she grew older, her family would continue that tradition of going to the library and picking out books. Even as she and her sister aged out of the younger children’s library programming, they attended family story times and summer reading programs.

As a teenager, Stephanie began volunteering which also offered her opportunities to read advanced reader copies of popular teen fiction and explore the books her library would like to purchase for their collection. From there, making the choice to apply for a library aide position was simple — and she continued that role through college.

The children’s librarian from her youth went on to become one of her strongest mentors, and someone that encouraged her to pursue librarianship and grad school.

“Even when I worked at a different library, we continued to be friends and you know, just go for lunches and talk about books and all those things,” Stephanie said.

Finding Her Own Path to Librarianship

Despite having such an inspirational mentor in her life, it still took Stephanie a little time to decide on her path.

“When I was in college, I wasn’t sure what I wanted to do at first,” Stephanie explains. “I think I changed my major like six times. I was interested in so many different things, but then I took a Jane Austen class in the English department, and completely fell in love and started taking more classes.”

While pursuing her undergrad, She was introduced to a variety of English literature courses including a course on children’s literature, but it wasn’t until her senior year that she really began to consider what she would do next.

“That was when my coworkers at the library [exclaimed], ‘what about library school?’ And I hadn’t really thought about it until that point when they suggested it. I loved working in the library, and I knew I enjoyed it, but I didn’t know that I was gonna end up in the long term.”

After finishing her bachelor’s of arts, Stephanie applied and was accepted to the iSchool, for its Masters of Library and Information Science degree as a Special Sessions student, taking everything remotely and fully online, allowing her to continue working at her library throughout the program.

“I had a lot of co-workers who were going through the program or who had just finished the program, which was great because I could talk to my co-workers about it or take things that I learned in class and bring them back to the library and implement them.”

Unsurprisingly, one of her favorite professors at the iSchool was Penny Peck, who taught her courses on children’s programming.

“In one class we had to plan an entire year’s worth of children’s programming. That’s exactly what I ended up having to do once I became a librarian. That was probably the best learning experience I ever could have had.”

Courses like INFO 260A,  INFO 263 and WISE Class Information Services Around the World taught by Michelle Simmons really helped prepare Stephanie for her new career and allowed her to pursue becoming the same kind of librarian her childhood mentor had been to her.

After graduating, Stephanie started as the community programs librarian and then progressed into a supervisory role allowing her to pursue her passion and knowledge for children and teens programming in that space.

“A lot of what I worked on was the Big Lift: Inspiring Summers program. I hired 170 interns every year [and did] a lot of the behind-the-scenes stuff for the program.”

She also supported the library’s Lena program for early childhood development and other youth services from behind-the-scenes. While she enjoyed her work, Stephanie also missed working directly with the public.

This year, she transitioned into her new role as branch manager allowing her to really work in libraries again at a system-wide level.

After two and a half years of online programming, and giving parents and families kits to be able to participate in virtual events, Stephanie is excited to offer more options again, with in-person indoor story times and even more options and opportunities as summer approaches. But she understands that for many, this is still a transitional phase.

“We kind of have a wide range [of programming options] still,” Stephanie explains. “And still some virtual events too. So there’s there are options for you know, whatever everyone’s comfort level is at this time.”

When asked about what advice she has for current iSchool students, Stephanie says that there is no experience that beats working or volunteering in an actual library while in school.

“I just can’t imagine having done it any other way. Anytime I learned something in a class, I could immediately come in the next day and put it into action or ask my co-workers, ‘Hey, have you heard of this?’ or ‘Have you done this?’ and get feedback from people who are already in the profession and doing the work.”

The further suggests getting involved in student chapters of library organizations like the American Library Association, or state-based organizations, which allow you to work with librarians from all across the state and sometimes the country.

Clubs and student organizations also allow you to make connections that you can keep after graduation — potentially introducing you to future coworkers or colleagues from the get-go.

There are also conferences, which she explains help inspire you and refresh you on current topics that you can apply to your library, or even just follow libraries on social media and read their blogs, newsletters and other content to get a realistic view of what current libraries and librarians are talking about and focused on. And of course, there is literature, too. Stephanie recommends A Kind of Paradise by Amy Rebecca Tan as “a wonderful middle-grade novel that is perfect for anyone in the library profession.”

For Stephanie, while her career continues to evolve, there is no other place she’d rather be.

“I love libraries. I love this profession. You just meet so many amazing people every day. I just really love being able to go to conferences and meeting people who have been in the profession for a long time or people who are brand new and have these incredible ideas that they’re already out there, putting into practice – I just love it. I couldn’t imagine doing anything else.”