Lizette Cabrera on Cultural Perspectives in the Library Environment 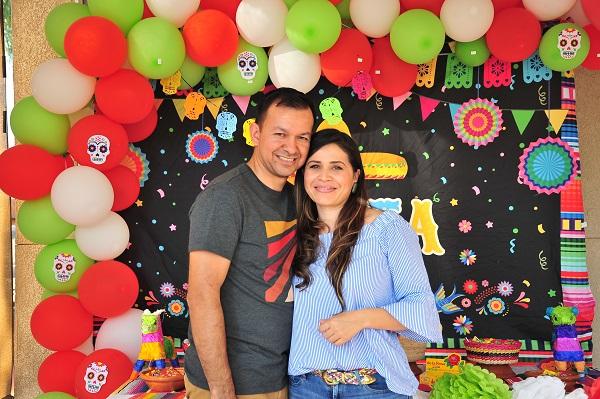 “I feel we are all equal. We all deserve an opportunity to better ourselves, to learn, to gain knowledge and wisdom to educate ourselves. I feel humbleness, it’s what identifies me as an immigrant. Humbleness, honesty and perseverance.”

[image:17442, image left, w50]As a child of Mexican immigrants, Lizette Cabrera had humble beginnings. Earning her education and developing herself as a Latin individual in the United States has been both challenging and rewarding, and she looks back on her history with pride. Now, as an MLIS graduate, she is excited for the next chapter of her life as a librarian.

The Importance of Education

Being part of a large and hardworking family taught Lizette the importance of applying oneself at an early age. Daughter of immigrant parents who regularly worked outdoor manual labor and siblings who followed suit, Lizette was very fortunate to be the only one who invested herself in her education and became the first in her family to earn a college degree.

Her intentions with her Liberal Arts degree were to find work in teaching, which eventually led her to her current job as a liaison for the Tachi Yokut Native American tribe in Lemoore, California. This work mainly consists of tracking grades, behavior and attendance of 8th-grade students she is assigned. She then follows up with the parents, teachers and administrators at Individualized Education Plan (IEP) meetings, letting them know of the status of their students. Along with these responsibilities, she also helps with big projects and community events. The experiences she has gained while working in this position have helped her gain new perspectives on what it is like for marginalized groups.

Life as an Immigrant and Global Perspectives

Working for the benefits of other communities was rewarding for Lizette, but she knew she wanted to do more for her community, so she set her sights on librarianship. She began to do some research and discovered the outstanding Master of Library and Information Science program at San José State University’s School of Information. Almost immediately, she had a vision of what she wanted to do with her library skills. As an immigrant herself, she understands the importance of her community’s culture, and she hopes to one day make contributions to her culture through the library environment.

“If public libraries had more programs on the Hispanic heritage, it would help Hispanic children understand more about their culture. Book galleries on Hispanic cultures would be helpful, as well as youth programming that is centered around teaching children important cultural events such as Independence Day and presentations on Hispanic countries and their values.”

On a personal level, Lizette understands the sacrifices her parents made in order to ensure her bright future. Even though her family came from humble beginnings, she looks back on her past with pride:

“I appreciate my parents, especially my dad, because he worked in the fields all those years. I appreciate that he gave me the advice to obtain a better education. As for my mom who had been my role model, I think if she was here (today) she would be very proud of me obtaining a master’s.” ​

Finding Her Way at the iSchool

​Lizette was happy to enroll at a school that lent such flexibility through its online format. As a single mother of six children and working full time, the ability to take classes on her own time, without the limitations of scheduled lectures, was exciting. However, there were some concerns. Would her English skills be enough for such an advanced program? This concern led her to reach out to Dr. Linda Main, who kindly assured her that her skills would be enough.

“As an immigrant, the language barrier was difficult. Before, I couldn’t write 10-15 pages of English, but I eventually learned the process of using MLA and APA format, and obtained A’s in my courses.”

Lizette also credits the help of another iSchool instructor, Bethany Winslow, for her attentive guidance.

“I did my internship under her. She was always encouraging me…in her last email, she said ‘can I clone you?’  When I read that phrase it makes me feel special and demonstrates I made a difference in the course.”

With her degree, Lizette hopes to pursue work in public libraries, special libraries or museums, as she has a particular interest in archives. She dreams of working in a Jewish (Judaica) library in honor and recognition of the religion she has practiced for the past 12 years. She would like to serve the Messianic Jewish community in Spanish and be able to provide informational services.

“I have studied Rabbinic literature, and done research on WW2 history and the structure of Hebraic librarianship. Some of the research papers I completed were based on the Holocaust museum. In a Jewish (Judaica) library, I definitely would encourage more programs and services to the Jewish community, such as learning more about the festivals like Sukkot, Rosh Hashanah, Yom Kippur and biblical festivals.”

She is also very interested in introducing the Messianic Jewish Community, and reaching out to Messianic Jews who need library services, such as a program that focuses on genealogy Hebrew roots along with Sephardic ancestry. It is the opportunity to support her faith that ignites her passion for librarianship, and she looks forward to a career that will enable her to help her underrepresented community flourish.

Overcoming Challenges and Her Advice to Others

Lizette often wonders how she made it. As a mother of teenagers with developing personalities, she has managed to maintain inner peace. Despite her personal challenges, she has overcome a lot to complete her master’s degree. Her advice to others is a reflection of her hardworking ethics:

​”You have to be very consistent. If you find yourself doubting while you are in the program, just think how far you can go and where you are coming from. Everything we face, challenges and battles we have won, persistence is the key.”

As an iSchool graduate, Lizette is excited to see where the MLIS degree will take her.​