Nilo Sarraf Takes Smart Data to the Next Level

“I see it as my responsibility, while I’m alive, to do something that can… contribute to the body of information science knowledge.”

Nilo Sarraf is a San José Gateway PhD student in the final stages of her research, which is all about how emotions and brainwave patterns affect information retrieval. Sarraf just heard the good news that her years of hard work have paid off, and she can submit her final dissertation in 2016. “Which means,” she says happily, “that this year is going to be really crazy!”

Inception
The PhD program, offered through a partnership between the iSchool and Queensland University of Technology (QUT), focuses on library and information science research, with mentors from both universities who are professionals in their fields supporting students every step of the way.

With a BA in Cognitive Psychology and Statistics and an MS in Human Factors, Sarraf is interested in the cognitive processes behind information searching: how one’s emotional state and brainwave patterns drive the success of a search. Venturing into the new field of neuro information science, she is examining the emotional states and brainwaves of users performing an online search. 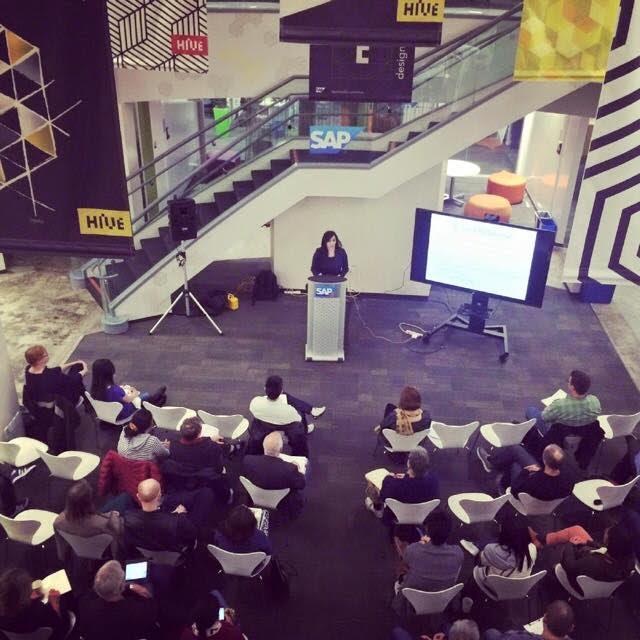 “I wanted to look at brainwaves and see if I could find patterns when users are performing certain online searches,” she explains. If you’re thinking about searching from a logical perspective, she adds, you may not be seeing the whole picture. “We need to see the emotions, too; that’s a huge part of not only searching but part of the human interaction with various systems, which will eventually affect how we design systems. My proposal is that we can use brainwaves, together with other types of biofeedback, to help the machine, neural networks, or search engines learn from the emotional states of the users interacting with them, and learn and adjust behaviors based on that data.”

Sarraf envisions contributing to the field of neuro information science as well as wearable computing—improving devices like Google Glass, Oculus, and Fitbit, which gather data from the wearer to improve information system designs. According to BayCHI, the San Francisco Bay Area chapter of the ACM Special Interest Group on Computer-Human Interaction (SIGCHI), Sarraf is a pioneer in her field. (Sarraf is pictured, above, speaking at a BayCHI event.)

Almost Human
Artificial neural networks, at their most basic, are human attempts to create programs that approximate the operations of the human brain. And because of that, Sarraf is highly cognizant of the positive and negative implications of her research, which would dig into human emotions to create smart systems that teach themselves by learning from human emotions, behaviors and reactions.

Sarraf acknowledges that her research is fascinating, but problematic, and notes that she is often asked if she is enabling systems to outgrow their human creators—and what that might lead to. Just how intelligent do we want our machines to become? And how much information do we want them to obtain from us?

“I think it’s a good and healthy conversation,” Sarraf says, adding that she herself has concerns about where the morality of creating these smart systems comes into play. “We are in an era, excitingly, where this is happening. Whether we like it or not, robots are here, so we might as well… be smart about and do something about it, instead of just letting things happen on their own.

“But it’s also good to have people who are aware of the issues,” she continues, “people who are thinking about it and starting to come up with organizations that are like ethics committees for robots. It’s a very fine line.”

Data and Networking
As she finishes up the PhD, Sarraf networks and gets input from others in similar fields, in Silicon Valley and beyond. “Right now [there are] a lot of people who are very interested in talking about this topic,” she says. 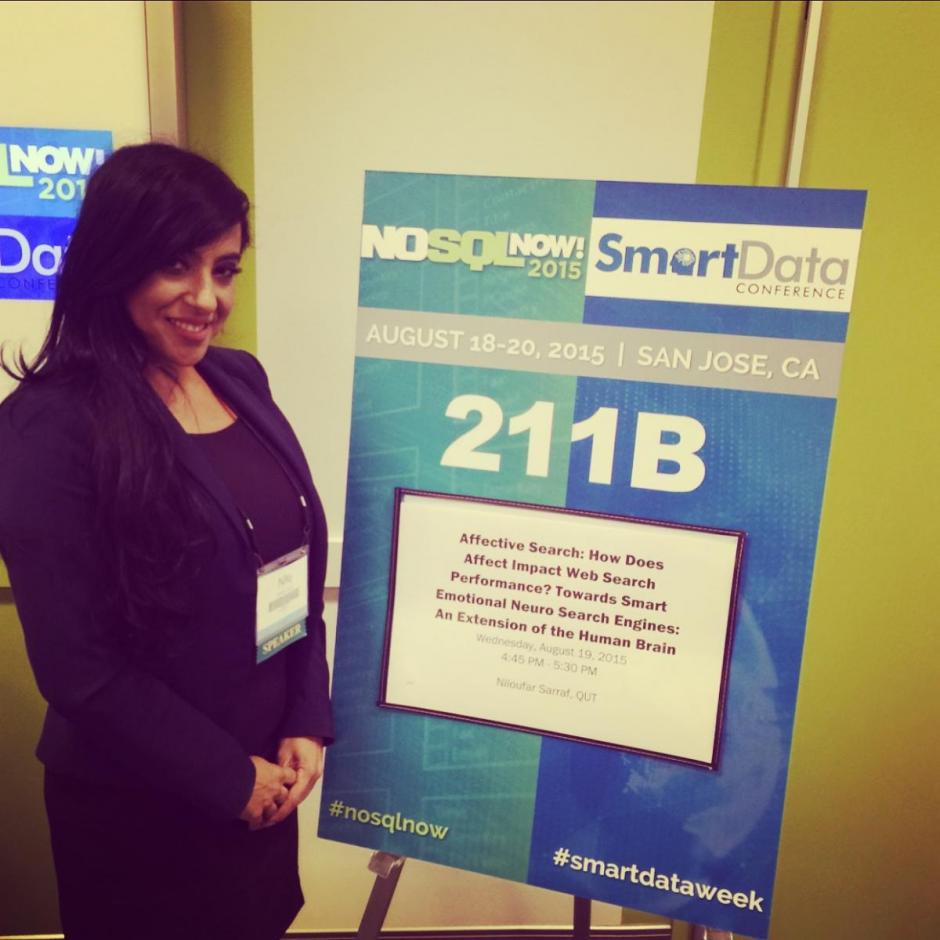 She has been invited to share her research at multiple events, including BayCHI, where she interacted with audience of Silicon Valley’s most talented HCI professionals; she gave a guest lecture to graduating master’s students at Gateway PhD partner QUT; and, most recently, she spoke at San José’s 2015 Smart Data Conference, a gathering for those with an interest in intelligent information gathering and analysis.

Sarraf started the Gateway PhD program in 2011, and immediately began discussing her ideas with faculty advisor Dr. Virginia Tucker of the iSchool, her “constant contact” primary support, with Dr. Christine Bruce and Dr. Sylvia Edwards from QUT giving feedback via email on her deliverables. “The advisors are very accommodating,” Sarraf says. “There were times I’ve been so frustrated and wanted to quit, and my advisor would come and have a chat with me and say ‘Hey! Next time don’t go this long before you talk to me!’”

The final PhD milestone for Sarraf is to submit her thesis to QUT, address a panel of professionals to present her findings, and, with luck, hear that they’ve confirmed her degree. “Right now, I can see the light at the end of the tunnel,” she laughs.

“You’ve collected your data and done the analysis, but now you have to make meaning out of it. And that’s the most challenging part.” But also the part she’s been waiting for: the culmination of her ideas, research, and passion for neuro information science.

“I see it as my responsibility,” Sarraf says, “while I’m alive, to do something that can… contribute to the body of information science knowledge.”