Paving The Way In Youth Librarianship with Jane Gov 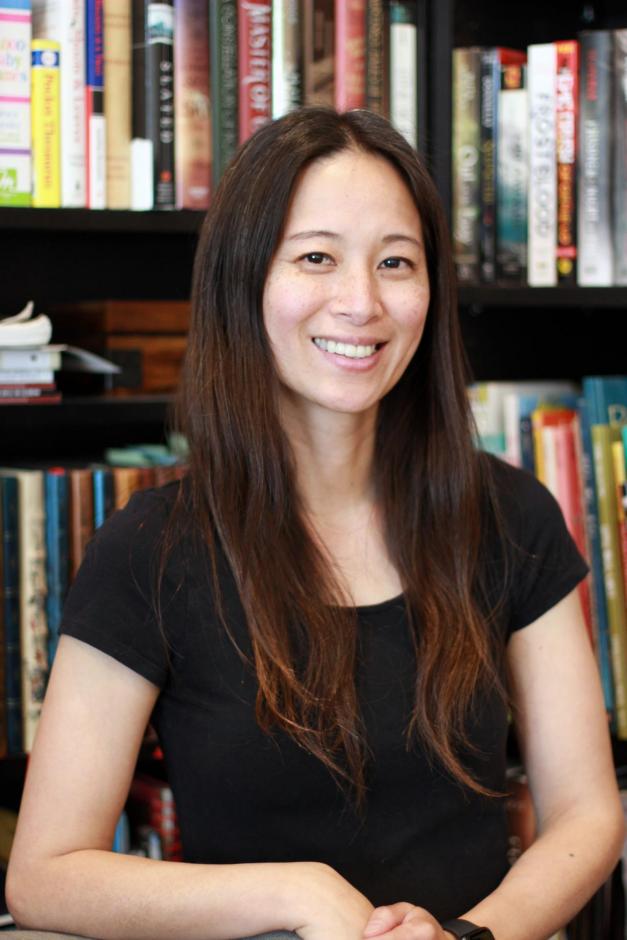 “You need to know that you’re going to fail. I think there’s this perception that all of my programs are successful, and they’re not. That’s a misconception. It’s not that they’re failures, there’s always a learning curve.”

Starting out with a culinary degree, Jane Gov entered the workforce only to discover that the reality of working in the culinary field was not what she had anticipated. Throughout that time she worked in bookstores, gaining managerial experience and developing her own path.

Unsure of what to do with a degree she was no longer interested in, Jane found herself talking to a coworker at the bookstore she helped manage prior to receiving her degree, who told her about Pasadena Community College’s Library Technology Certificate Program.

Returning back to school, Jane hit the ground running, transferring to Cal State University Long Beach (CSULB) to get her Bachelor’s in creative writing and starting as a library clerk at Crowell Public Library before entering SJSU’s Master of Library and Information Science program.

For Jane, having the flexibility to gain experience working in libraries while also finishing her degree is what drew her to the iSchool. Finishing in under two years, Jane found it a bit of a whirlwind experience but it allowed her to gain both academic and professional experience.

“I do remember that I felt like I got the most out of internships,” Jane said of her time at the Special Collections Library at Loyola Marymount University. She started her internship early and was asked to stay longer, for six months. Jane also had a chance to be a Peer Mentor for INFO 203.

“I remember making suggestions in the comment form when I was in that class at the very beginning of my turn there, and the suggestions were taken, and I could see that they actually made changes to the program when I became a peer mentor. I remember that because my comments made a difference and students will be able to get a better education from that.”

While she was working on her degree, Jane primarily followed the Academic Librarianship Pathway, but the journey toward working in Youth Services started even before she knew she would work in libraries.

While attending CSULB, Jane was a mentor through WriteGirl, an organization that pairs adults with teens in the Los Angeles area. She worked with the same mentee for five years – gaining further experience by helping lead workshops along the way.

As someone who has always had an interest in Young Adult (YA) literature, teen-centered lit and programming was a growing distinction in bookstores and libraries in the early 2000s. “I remember there not even being a YA section,” Jane said. “I fell into teen services or youth services because the libraries I worked with needed help with teen programming.” Jane also started getting involved in the Young Adult Library Services Association (YALSA) while she was a library student, and remains involved to this day.

A year after graduating from SJSU, Jane saw that Pasadena Public Library was looking for a position in Youth Services and she began there as a Children’s Librarian, eventually becoming the Teen Librarian months after starting.

Now with over a decade of experience working with Youth Services, Jane knows what it takes to work with teens of all ages.

“You need to know that you’re going to fail,” Jane says. “I think there’s this perception that all of my programs are successful, and they’re not. That’s a misconception. It’s not that they’re failures, there’s always a learning curve, but to think that they’re always really big and successful is simply not true.”

For example, Jane has helped develop Pasadena Public Library’s Teen Advisory Board, which advises on system-wide teen programming. While the numbers have fluctuated over the years in terms of attendance, especially in the beginning and over the pandemic, Jane has seen the value of having a strongly committed core group over a large and ill-attended one.

Nominated by her former supervisor and director, Jane was honored among other  Community Builders in the Library Journal’s list of Movers and Shakers for 2022.

“I thought I would feel more excited about it,” Jane admitted. “But I guess it was more the idea that my colleagues put in the work to nominate me, that for me, was a bigger honor to me than actually being labeled [the title]. I know that sounds kind of weird, but I can think of so many people that deserve to be recognized.”

Around the time she was nominated, Jane was promoted to Senior Teen Librarian at Pasadena Public Library where she can now continue her initiatives and programs from a level of seniority and authority.

Jane also highlights the importance of understanding what it means to work within a branch or a public library. A lot of librarians want to think that they work for the community first, but technically they work for the city and they need to know their city’s rules and regulations before they make any decisions. Jane further states that library managers need to remember that there’s a line drawn between themselves and the rest of the staff. As a manager, they are responsible for their employees in a way that other library positions are not.

As far as advice for MLIS students goes, Jane stresses the importance of finding a library job as soon as possible, even unpaid positions or volunteering. But as a supervisor, Jane also is aware of some of the pitfalls of library students in their first library jobs and warns MLIS students to remember to do the job they were hired for first and foremost and to do it well.

A lot of MLIS students may be tempted to try to work outside of what they were hired for especially if it does not  feel glamorous, but as Jane says, “if you are bad at the job you were hired for you, are not going to get promoted.”

As future community leaders and ambassadors for sustainability, Jane also recommends that every MLIS student listen to the Sustainable Minimalists podcast for realistic, tangible steps on reducing one’s carbon footprint.