Canadian Students Learn and Thrive at the iSchool 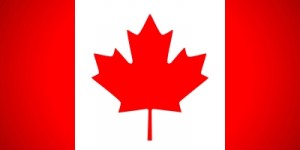 I live in Northern California, close enough to SJSU that I could feasibly make the drive down to campus to attend classes in person. But many students at the School of Information log in from across the United States, Canada and all over the world.

While the iSchool may be part of a university in California, many MLIS and MARA students hail from north of the border in Canada.

Networking and Professional Associations
Dr. Cheryl Stenstrom, who is both an iSchool instructor and a Canadian citizen, encourages students—especially Canadian students—to join professional associations and to network. “Networking is an important part of any career, but perhaps more so in Canada, where it seems everyone knows everyone else!”

Current iSchool student Jenni Boles lives in Ontario and is a member of the Ontario Library Association (OLA). Her decision to attend the iSchool was made in part by the fact that the school is endorsed by the OLA. Her coursework has served her well in her current career. “Everything I have been learning in my classes,” Boles says, “has seamlessly applied towards my current work as branch manager at a small town public library, as well as provided me with what I may need in any leadership roles that I may pursue down the road.”

Job Growth and Career Opportunities
Students and graduates of the iSchool can look forward to job growth in Canada in a variety of settings, including government information centers, media outlets and the financial sector. Stenstrom reports, “Employers are looking for professionals to apply the foundational skills they acquire in their degree programs to new settings—the ability to organize and assess information as well as skills in instructing others.” Public and academic libraries are also looking for passionate information professionals. As with school librarians in the United States, Canadian school librarians will also need the applicable provincial teaching credential.

Boles is thrilled with her classes at the iSchool and the fact that not just students but professors as well come from all over the world. “I find the issues being raised in my classes are timely and very relevant to actual library work,” she says. “Because professors are not limited geographically, students are being taught by some of the top librarians in their field.” Boles is especially glad she settled on SJSU because of its online program. The fact that the iSchool program is exclusively online makes it mandatory that students keep up with technology. “Being able to give presentations online is a skill that I find relevant in today’s libraries,” she says.

Recently, Canadian students at the iSchool have earned top awards and recognition. Scott Boyd, who is currently pursuing his MLIS with a focus on public librarianship, won the Connie Constantino iSchool Scholarship for his work at the library and in the community of Edmonton, Alberta.

Recent iSchool graduate Alison Jantz worked as a library assistant at the University of Saskatchewan while working on her degree. Upon graduation, she applied for her dream job—library director of the Saskatoon Theological Union library—and got the job!

Special Considerations
The iSchool community is an international one, for sure. I’ve met students who are doing their coursework from New Brunswick, British Columbia, Ontario, South Korea and the United Arab Emirates. For students who are Canadian citizens, Stenstrom reminds them that federal financial aid might be a bit different, but many scholarships and financial aid programs can be used at the iSchool. “Prospective applicants should check for federal funding as well as with their provincial loan office to see if they are eligible. They should also keep in mind that they would also be eligible for all provincial and federal educational tax benefits.”

Online Learning—How Do I Talk to People