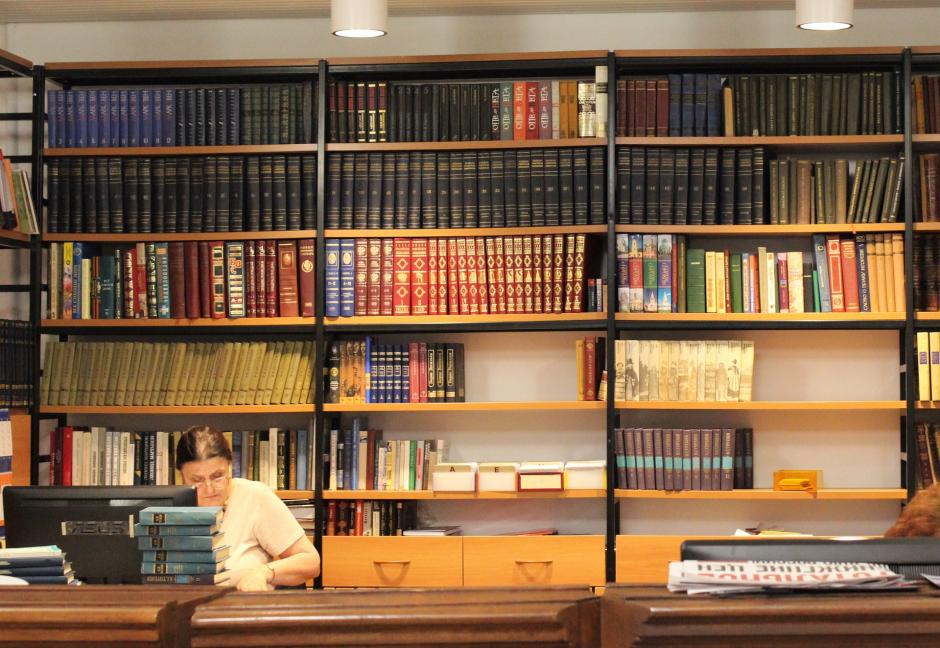 Earlier in the semester the Masters of Archives and Records Administration (MARA) program at the iSchool hosted a guest lecture entitled: It Takes a Village: A State Agency’s Implementation of an Electronic Document Management System. As archives and records are essential skills of any well-rounded information professional, I hope that regardless of what program you are enrolled in, this post contains helpful takeaways for your educational enrichment this summer!

Owens and Swift worked together to implement an Electronic Document Management System together at the Ohio Attorney General’s Office. This was a unique process because the Ohio Attorney General’s office has five diverse areas they handle. Owens and Swift had to plan to deal with records and archives from collections, legal, investigations, operations and the Ohio Police Officer Training Academy.

Swift explained that previous to implementing their new system, each department within the office was incredibly decentralized. With 1,700 different employees, there were 1,700 different filing systems! This made cross-collaboration incredibly difficult, because they could not easily build on one another’s work. A huge paradigm shift was necessary.

It was time for a new perspective, and a more centralized Electronic Document Management System. These became realized through strong technology and business changes. For example, shared drives were phased out for one system. Instead of files being kept just in case, they implemented automatic file retention. The benefits of this dynamic shift included not just collaboration, but also defensibility and searchability of archives. As a result, the exact boundaries of those files and the security necessary to protect them are finally known. More so, keyword searches can be performed in the entire Electronic Document Management System. Rather than emailing everyone in a department to ask if they’ve done work similar to a new project you’ve received, you can just search the system!

Readers may be wondering how this type of change is even possible within such a large organization. Swift advised attendees to submit a proposal and keep asking questions throughout the process. Sitting back and letting the process take its course won’t cut it- it requires the team to keep asking questions and remain involved, even if they keep hearing no.

When designing an Electronic Document Management System with a vendor, spelling out specific parameters of what the system needs to do is incredibly important. Once the proposals from the vendors come back, having a diverse group of employees from different departments to score them is also helpful. Swift advised including IT, Records Management, and a sampling of those who will use the system on a daily basis.

Owens began at the Ohio Attorney General’s Office once they had picked their vendor and had begun the implementation of their Electronic Document Management System. At this stage, the vendor, IT, the records management department and other key leaders were deeply involved in the process.

Overcoming Challenges in the Redesign

For their system rollout, they actually had to redesign a couple of times based on the needs of each specific department. It’s a bit of the chicken and the egg situation: it’s difficult to create templates for a system that hasn’t been designed yet, and it’s difficult to design a system for work templates that don’t exist yet! Just remember, if users are not happy with the workspaces you provide them, they won’t buy into the process. Flexibility in this part of the process is key.

Another issue they faced in this journey was who end-users go to with issues. To combat this, Swift created a ‘Who Should I Ask?’ document, which described issues end-users might face, and who to contact to fix it. It became very clear that this type of post-implementation plan was of the utmost importance to keep user buy-in high.

The presentation ended with Swift and Owens sharing their general observations about the overall process; people may not be quick to embrace change, acceptance seems to run a generational line, and a lack of procedure will lead to people making their own decisions with filing or retention. When it comes to this process, Swift and Owens believe, you must ask questions constantly!

If this piece piqued your interest, be sure to check out the full playlist of on-demand MARA lectures posted on the iSchool website! And as always, if you have any questions, feel free to comment below.