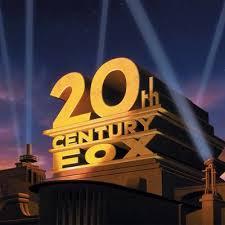 Twentieth Century Fox was once known as Hollywood’s dream factory. Soon, it will be a part of history.

The studio produced some of the highest-grossing films of all time (“Avatar,” “Titanic,” “Star Wars”) and many enduring classics (“The Grapes of Wrath,” “Sound of Music,” “All About Eve”), and it catapulted actors (Shirley Temple, Marilyn Monroe, Will Rogers and Harrison Ford) into box office stars.

Over the years, the studio has been run by several owners and moguls and produced an impressive run of hits and expensive flops (1963’s “Cleopatra,” starring Elizabeth Taylor and Richard Burton, nearly sank the studio when its original budget of $4 million ballooned to $44 million). It helped pioneer home video, and launched a fourth TV network, cable channels and a boutique film studio churning out a slate of award-winning entertainment.

And then, in December 2017, the Murdoch family, whose company has owned Fox since 1985, agreed to sell Fox’s film and TV operation and several channels to Disney for $71.3 billion. The deal is expected to close in the coming days. Fox will retain ownership of the legendary lot and such businesses as the Fox Broadcasting network, Fox Sports and Fox News. But a chapter in Hollywood history will be over.

Since those brands have been folded into the Magical Kingdom, many magazine articles have spoke to dozens of actors, executives and other Fox veterans to reminisce about the studio’s 106-year legacy, its family atmosphere, its moguls, its filmmakers and the magic they made.

These are just some of the quotes from Variety and Los Angeles Times posted.

“The Fox lot is where we thought of the idea for ‘Modern Family’ and where we’ve written, produced and filmed it these past 10 years, so I will always have wonderful feelings for this place. I’ve also gotten to know so many smart, quirky and hilarious people here, many of whom have become good friends. And it doesn’t hurt that it’s the closest lot to my house.”

“My very first job in the industry was working for producer Daniel Melnick, whose offices were on the 20th Century Fox lot in the Stars Building. Every day I drove through those gates I felt like I was traveling back in time to a moment when Darryl Zanuck still reigned, when ‘The Grapes of Wrath’ was being filmed and the backlot went on forever. The day I saw my name painted on a parking spot in front of our building I felt like I had won the lottery, even though I was still the runner. I dreamt about the decisions being made behind closed doors in the giant offices in Building 88 where I knew all the assistants and occasionally caught a glimpse of the elegant production chief Sherry Lansing. And years later I was back on the lot, behind those closed doors, adding my small contribution to the storied history of this great motion picture company.”

Ed O’Neill, (actor, starred as Al Bundy on the Fox network’s first hit, “Married … With Children,” and currently stars as Jay Pritchett on the Fox television studio’s hit comedy “Modern Family”): I got a call from my agent, and he said a couple of producers wanted to see me about a show that was going to be on this new network called Fox. Of course, I had never heard of it. I said, “Well, Fox makes movies right?” He said, “Well, they’re going to get into the television business.” I said, “Oh, good luck.” They said that it was a pilot called “Married … with Children.” I said, ”Sounds like a horrible name for a show.” Somebody messengered a script over and I read it in the locker room at the Y. I thought it was funny, I thought, ‘Oh, this is never going to go because it’s just too raunchy.” There were fat-women jokes, and they made fun of a midget. “It’s funny, but it’s never going to see the light of day.”

Director, “Night at the Museum” franchise

“Fox, of course, has been defined by franchises and sequels but it’s also the studio that bet on a sinking boat movie. And a VFX comedy about museum exhibits that come to life. Frankly, I hope that continues under Disney.

“I have four daughters, and every one of them, their absolute favorite way to play hooky from school has been to come with Dad to work, hop in a golf cart and drive around finding shrubbery shaped like animals and creatures. This is not a famous aspect of the Fox lot, but there are about a dozen pieces of shrubbery that have been manicured for years to look like animals — penguins, coyotes and even a dragon.”