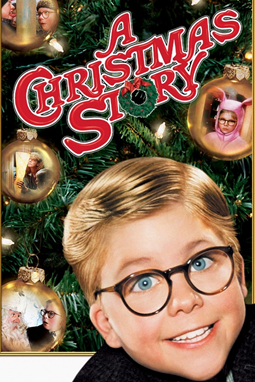 Nestled in Cleveland, Ohio’s Tremont neighborhood, the house from A Christmas Story has been turned into a museum! The house, museum and onsite gift shop are the starting point for devotees of the movie about little Ralphie Parker’s solitary dream of getting a Red Ryder air rifle for Christmas.

The house is fully interactive, The home can accommodate up to six people at a time, with a starting rate of $495 per night. Pricing will vary by season, according to A Christmas Story House and Museum.

Overnight guests will have full access to the home an hour after public tours close until 9 a.m. the following morning. Sleeping arrangements are in the third-floor loft with Ralphie and Randy’s twin beds, a queen bed and queen sleeper sofa. The loft also has a kitchen, bathroom and living room, the museum said.

Brian Jones, the owner has amassed a large amount of memorabilia from the film since opening the house. Items include stills from the movie and clothing including the Old Man’s (Darren McGavin) coat, Mother’s (Melinda Dillon) robe and housecoat, and Randy’s (Ian Petrella) snowsuit. The coolest collection, though, may be the antique toys used in the Higbee’s window sequence, including the Toy Tank. 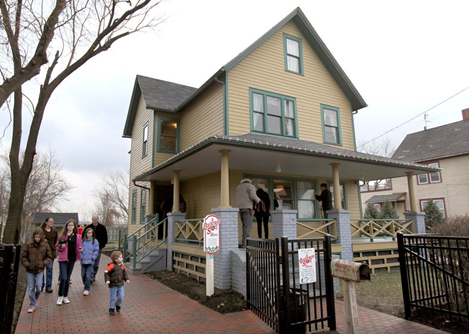 But the best part of the museum isn’t a what, it’s a who: Jim Moralevitz.

Moralevitz, 73, has lived two doors down from the Christmas Story House since he came from the hospital as a newborn. He lived there in 1983 during the filming and became quite involved: He’s the guy who delivers the leg lamp. He also became friends with McGavin and a de facto caretaker for the kids on the set.

Moralevitz still lives two doors down – and almost every day, he sets up a chair in the museum near his personal memorabilia collection and shares his stories. And they’re great, like the one about how he and McGavin used to shut down the Rowley Tavern at night, then go back to his trailer for a nightcap, finally ending up sharing breakfast while he would listen to the actor recite his lines.

Would you be interested in seeing the Christmas Story House if you got a chance?