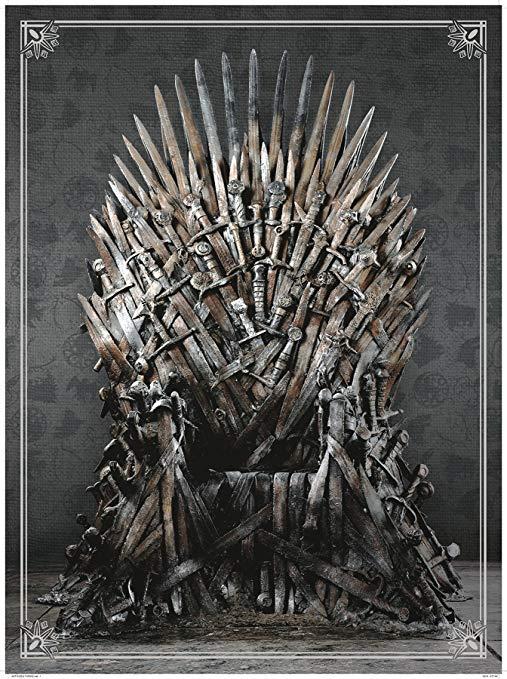 George R.R. Martin’s archives reside at Cushing Memorial Library on the Texas A&M campus. Martin has ties to Aggieland that go back to the 1970s, when he attended AggieCon science fiction events. In the 1980s, the writer and television producer was approached about archiving his papers at Cushing. He was so impressed with Cushing’s facilities even though he is not a Texan or an Aggie, that as of 1993, he took Cushing on its offer to house his papers. This was three years before A Game of Thrones: Song of Ice and Fire series was published.

The space dedicated to Martin’s papers is known as “The Wall” and it has an imposing amount of material. The simple boxes and folders are a treasure chest of manuscripts, correspondence, artwork, and merchandise related to the author’s career. According to Jeremy Brett, curator of the library’s science fiction and fantasy research collection, with the production of the show, there is a high chance the Iron Throne will now be housed at the Cushing Memorial Library.  Brett said that Martin told Cushing staff members that the collection could get a seat-of-swords throne that has been used in the show or in promoting the show.

Toys, small statues, weapons and even one of Martin’s trademark Greek fisherman hats are part of the archives. There’s a bust of the Night King, and a dragonglass dagger like the one Samwell Tarly used to kill a White Walker in the show’s third season. Full-sized replica weapons from the show and the books are on display in the second-floor Reading Room, including Arya’s “Needle,” Robert Baratheon’s “Warhammer” and Snow’s “Longclaw.” Martin sends materials on average about once a month, Brett said. Some months there is nothing, sometimes five boxes arrive. Brett doesn’t know what’s in them until he opens them.

Brett said that interest in the Martin materials spikes when a new Thrones season begins or ends. Some people use it for scholarly reasons, he said, and some are students “who just like Martin and want to just look at stuff.”

A recent dive into some of the materials showed an assortment of goodies for fans looking for more about the Seven Kingdoms. The library’s earliest partial manuscript of A Game of Thrones is from 1993. Artwork is plentiful in the collection. Martin critiqued colorful images intended for a Thrones role-playing game.

The ties to A&M have led Martin to several campus appearances in recent years, including the premiere of the third season’s first episode at Rudder Auditorium in 2013, along with a lecture, a themed dinner and an appearance at AggieCon. In 2015, Martin donated a first-edition copy of J.R.R. Tolkien’s The Hobbit to the library, just one of 1,500 copies of the 1937 book.