Two graduates of the San José State University School of Information were recognized by Library Journal for their exceptional contributions as emerging leaders in the library community. 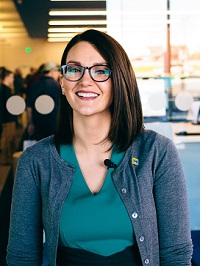 Stavick is the executive director of Do Space, where residents of Omaha, Nebraska, can engage with a variety of types of technology for free, the only program of its kind in the city. Do Space offers free access to high-end software, 3D printers, a 3D scanner, a laser cutter and more than 50 free tech learning programs every month.

“It’s easy to forget that in other cities, people don’t always have a welcoming community space filled with technologists who are happy to answer questions, at no cost,” Stavick said. “Overall though, Do Space exists to serve the underserved, under-connected communities in Omaha, as well as provide a platform for the innovators of our city to explore, create and invent new technology.”

Stavick admits to being a “techie” since her family got its first computer in 1995, but she said it wasn’t until she attended the SJSU School of Information for her Master’s degree in Library and Information Science that she really fell in love with technology. Taking courses like INFO 282 The Emerging Future: Technology Issues and Trends really appealed to her because she thinks of herself as a “futuristic thinker.”

“Technology in and of itself isn’t necessarily interesting, but in grad school, I learned about how librarians use technology to help people, and that really appealed to me,” she professed.

Stavick was chosen as one of the 2018 Movers & Shakers digital developers, as demonstrated by her work as co-founder of the open data advocacy group Open Nebraska and founder of Project 18, inspired by Omaha’s 2017 ranking as the 18th best U.S. city for women in tech. Her goal is to “establish Omaha as the most women-friendly tech community in the nation.”

She advises that experience and education alone were not enough to put her in a position to build and lead Do Space. For students interested in working in technology spaces, Stavick stresses soft skills like customer experience are imperative for success.

“You’ve got to go above and beyond and take a leadership position in your local tech community in order to have the greatest impact—and that will likely involve a lot of volunteer work, attending local events, and getting to know other tech leaders in your area,” Stavick said. 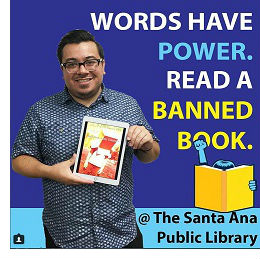 Lopez, a senior librarian at the Santa Ana Public Library System, created The Brillantina Project, an online poetry anthology for LGBTQ+ writers in the aftermath of the June 2016 shooting at the Orlando, Florida, nightclub.

Recognized by Library Journal as a community builder, Lopez creates safe spaces for patrons with projects including the all-ages Summer Tech Institute, where mostly Latinx patrons participate in a six-week workshop in video production, 3D printing and design, and coding, and the library programming at the Garfield Community Center, which is the first such collaboration between the facility and the Santa Ana Unified School District that assists in closing the generational-technological gap for seniors.

Lopez is committed to serving the diverse patrons of the Santa Ana Public Library, and his work is unwavering. Described as an “inspirational person” by his peers, he is also the recipient of the Carnegie Corporation of New York/New York Times 2014 I Love My Librarian Award.

Since 2002, the trade publication Library Journal has annually chosen a class of innovative librarians and library staff members from an international pool of nearly 300 nominees. This year’s Movers & Shakers class will be celebrated during a reception at the American Library Association’s annual conference in June in New Orleans.