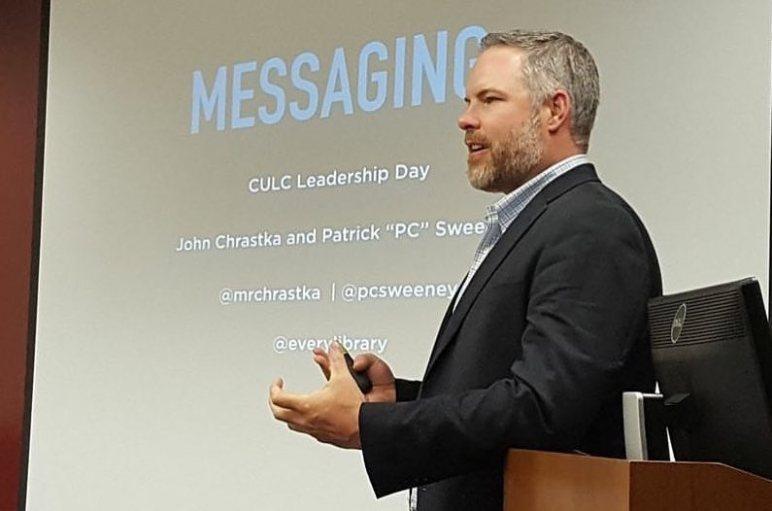 San José State University School of Information alumnus and lecturer, Patrick “PC” Sweeney, was recognized as a “40 Under 40” award winner by the American Association of Political Consultants.

According Rose Kapolczynski, AAPC vice president, there were a “record-breaking” 250 nominations for “40 Under 40” this year. As an award recipient, Sweeney is considered one of the “best and brightest political strategists” in the United States.

Since taking the position in 2012, Sweeney has been “instrumental in helping nearly 100 libraries on their Election Days and for growing the EveryLibrary digital network of library activists to over 300,000 Americans on social media,” according to the EveryLibrary press release.

The 2007 iSchool graduate is also a co-founder of the American Library Association’s Think Tank, the former executive director of EveryLibrary California, and administrative librarian of the Sunnyvale, Calif. Public Library. He was named a Library Journal “Mover and Shaker” in 2015 and recently contributed a piece titled, “Who Votes for Libraries?” to the 16th issue of iSchool’s Student Research Journal. Furthermore, he maintains a blog and teaches INFO 282 Political Advocacy in the iSchool’s Master of Library and Information Science online degree program.

Sweeney will be recognized with other award winners at the 2019 Annual Pollie Awards and Conference in Napa Valley, Calif. on April 2.

The AAPC is the only bipartisan, non-profit organization for political consultants and public affairs professionals. To learn more about the “40 Under 40” awards, visit the website.