A recently awarded $250,000 grant to a San José State University School of Information faculty member will enormously expand the benefits libraries provide to their respective communities via a potentially groundbreaking communications project.

The Libraries TV WhiteSpace Project, led by the iSchool’s Dr. Kristen Rebmann, aims to provide Internet access to underserved communities and library patrons by expanding the reach of the library’s Internet signal outside the library building (and beyond operating hours) to public spaces such as subsidized housing, schools, clinics, parks, shelters, senior centers, and museums.

The project is a collaboration between Rebmann and Don Means of Gigabit Libraries Network, John Windhausen of the School, Health and Libraries Broadband Coalition, Angela Siefer of the National Digital Inclusion Alliance and Joe Hillis of the Information Technology Disaster Resource Center. According to the grant proposal submitted to the Institute of Museum and Library Services, the team hopes “to articulate  a  national model  that  may  be  applied  to  users  across  the  United  States.” 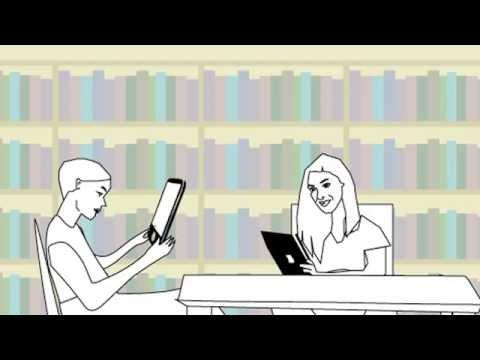 TVWS is a valuable license-exempt radio spectrum located in the bands for traditional television broadcast. The Federal Communications Commission recently made a portion of this TVWS spectrum available for open, shared public use, similar to Wi-Fi. Access to TVWS is free. Yet, unlike Wi-Fi with a reach measured in tens of meters, the range of TVWS is measured in hundreds and possibly thousands of meters.

“I am really excited about the potential of TVWS technology to address challenges in access and inclusion. I feel fortunate to have the opportunity to explore its applications and appreciate the commitment from IMLS to support the project,” Rebmann said.

The secondary goal of TVWS is to create a context where libraries may lead in community disaster planning and response, using it as a resilient information infrastructure during times of crisis.

“We are currently exploring whether TVWS will have a trajectory of adoption similar to Wi-Fi technology. If it does, then we can expect a positive impact on rural communities in particular,” Rebmann explained. “One example of a crisis where TVWS might make an impact is the context of wildfire where individuals in a community might need to evacuate to a safe location. The mobility of TVWS hotspots would allow for Internet access to move along with those populations in crisis, maintaining their access to information and communication until it is safe to return home.”

Phase 1 of the project development includes an open, online course starting in early February 2017. The purpose of the professional development course is to increase the level of awareness of TVWS technology and scenarios for its application and collaboration with other community information/support centers and to understand the processes and sustainability of TVWS implementations. Although it won’t be offered for iSchool credit, Rebmann will instruct the course in collaboration with the other grant members, and she encourages public librarians interested in new wireless technologies or ways of supporting digital access and inclusion to enroll.

For more information about the Libraries TVWS Project, visit the Gigabit Libraries Network page or watch a . Those interested in participating in the free course, should contact Rebmann.