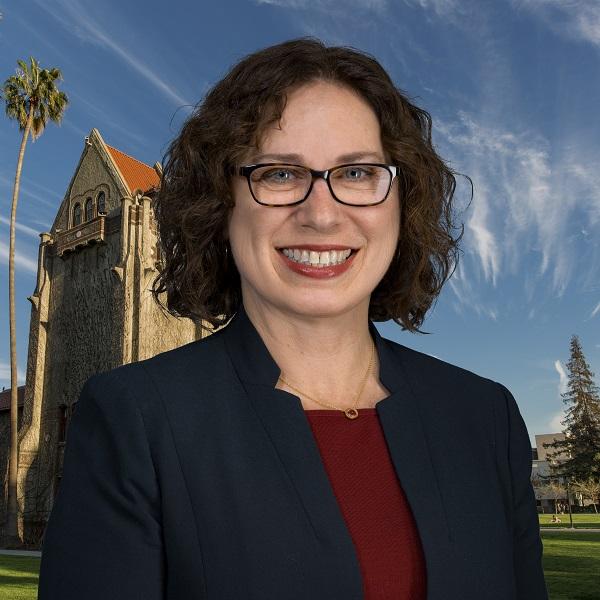 Recognized for her significant accomplishments in the library profession and contributions to the advancement of the library and information studies field, Dr. Sandra Hirsh is the 2019 winner of the University of California, Los Angeles’ Library and Information Studies Distinguished Alumni Award.

Typically, members of the UCLA Library and Information Studies Alumni Association decide who the recipient of the coveted award will be. However, this year, they put out a call to past award winners to nominate a peer, and the director of the San José State University School of Information stood out.

Board member Emily Meehan said Hirsh’s name had been brought up in discussions about the Distinguished Alumni Award before, as she is “widely respected” by fellow UCLA alumni, but a nomination by a past award-winner “sealed the deal.”

“It detailed her amazing career from user experience researcher to director of SJSU’s iSchool and her role as a leader in the information studies field. The nominator stated, ‘It is no exaggeration to say that she is probably one of the most influential–and perhaps even beloved–LIS leaders in California today. It’s hard to believe that she hasn’t already been named Distinguished Alumni,’” Meehan said.

Upon notification of the wonderful news, Hirsh said she felt honored to win the award as the school has graduated many “impressive” people over the years. Receiving the award has a special meaning for her since her late mother and role model, Gail Schlacter, who was also a librarian, received the Distinguished Alumna Award from the University of Wisconsin-Madison’s School of Library and Information Studies in 2007.

“I remember flying out to Madison and celebrating with her when she received this award. If she were alive today, she would have loved that we both received this same recognition from our respective alma maters,” Hirsh said.

Another reason this award is so meaningful to Hirsh is because UCLA has played a significant role in her life. In addition to getting her PhD from UCLA, she also received a bachelor’s degree from UCLA.

Hirsh attended the school’s doctoral program in the Graduate School of Education and Information Studies from 1990 to 1995. She began her studies directly after she earned her Master of Library and Information Science degree from the University of Michigan. She was interested in understanding more about how people seek information, particularly their search behaviors.

“I wanted to learn more about how people interact with technology and how technology could be improved to better meet user needs. The doctoral program in the Information Studies department at UCLA was a perfect place for me to explore these topics,” she elaborated.

After her first year in the doctoral program, Hirsh was invited to join Dr. Christine Borgman’s research team, which was focused on understanding children’s search behavior as they used a uniquely designed online catalog of science materials.

Hirsh’s dissertation, “The Effect of Domain Knowledge on Elementary School Children’s Search Behavior on an Information Retrieval System: The Science Library Catalog,” grew out of her work on the project.

“I felt lucky to be part of this foundational research aimed at understanding children’s search needs and how to better design information systems to ensure children can find the information they need. I also felt lucky to work with a brilliant doctoral supervisory team who were all leading researchers in their respective fields,” she said.

Hirsh also noted that while her years at UCLA were “an intellectually rewarding experience,” the time period also marked personal excitement with her wedding and birth of her first child.

Since 2004, the Distinguished Alumni Award has been given at the annual Spring Awards Dinner by the UCLA LISAA and the UCLA Information Studies Department. This year’s award ceremony will be held on May 30, 2019, in Los Angeles, Calif.