Professor Emeritus Dr. Bill Fisher was recently named adjunct professor at Queensland University of Technology (QUT), which is partnered with the iSchool in its San José Gateway PhD program. The honorary position is, according to QUT’s website, given to “distinguished and talented professionals and academics in teaching and research activities.” Fisher joined SJSU in 1988 and has been with the international doctoral program since its foundation in 2008. 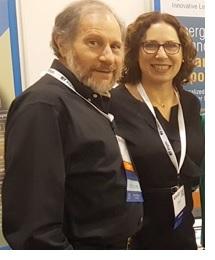 iSchool Director Dr. Sandra Hirsh noted Fisher’s active contributions and supervision of notable doctoral students such as Dr. Maria Otero-Boisvert, who graduated from the program in 2015, and Melissa Fraser-Arnott, who Master of Library and Information Science (MLIS) students will recognize from her scholarly article “Library and Information Science (LIS) Transferable Competencies,” which was read in some core competency courses in the MLIS program. (Dr. Bill Fisher is pictured left with Dr. Sandra Hirsh at the 2016 Special Libraries Association Conference.)

“Dr. Fisher’s experience in the program, including his ability to mentor students and ensure they successfully progress through the program, will be useful to others on the San José supervisory team,” Hirsh said. 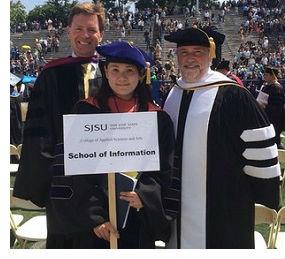 Dr. Anthony Bernier, who was recently promoted to full professor, said the advancement represents a singular moment in his career. (Dr. Anthony Bernier is pictured on the far right with Dr. Michelle Chen and Dr. Rob Boyd at the 2016 SJSU Commencement Ceremony).

“My mother raised three kids on her own without having graduated from high school and without the support of family. In many ways I am the product of having been raised by ‘a village,’ cobbled together with a lot of luck,” he said.

After working as a librarian and an administrator for the Los Angeles and Oakland public library systems, respectively, Bernier began as an assistant professor at SJSU in 2005 and has been the faculty advisor for the Student Research Journal since its inception in 2009. He said what he enjoys most about the iSchool are the consistent achievements and stellar performances.

“Over the last five years I have had the opportunity to ‘look under the hood’ of the nation’s MLIS programs. I know how and why we stack up favorably against many of the so-called ‘top tier’ programs,” he said. “Our students graduate more competitive and more able to advance the field as consequence.”

Hirsh said Bernier earned his latest position because of his numerous significant contributions to the iSchool and profession. Hirsh credited Bernier with accomplishments including service on the American Library Association’s Committee on Accreditation, leadership on a faculty group that reworked the youth services curriculum for the iSchool, and his “impressive” publication and research funding record. 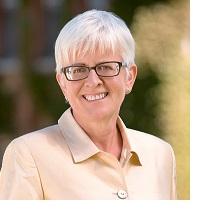 After joining the faculty in 2012, Dr. Christine Hagar (pictured left) now has been awarded tenure and promoted to associate professor. Hirsh said Hagar’s areas of expertise, including community and disaster informatics, have helped prove her to be a valuable asset to the iSchool.

“[Hagar's] international professional and scholarly contributions are especially noteworthy, including her invitation to be part of the United Nation’s delegation for the implementation of the Sendai Framework for Disaster Risk Reduction,” Hirsh said.

Hagar was recently bestowed a grant from the College of Applied Sciences and Arts to develop the syllabus for a globalization and information course. She said she was “delighted” to be given tenure and a promotion at the iSchool.

“I enjoy working at a dynamic school with great vision, excellent leadership, a diverse group of students and an award-winning online program,” Hagar said.