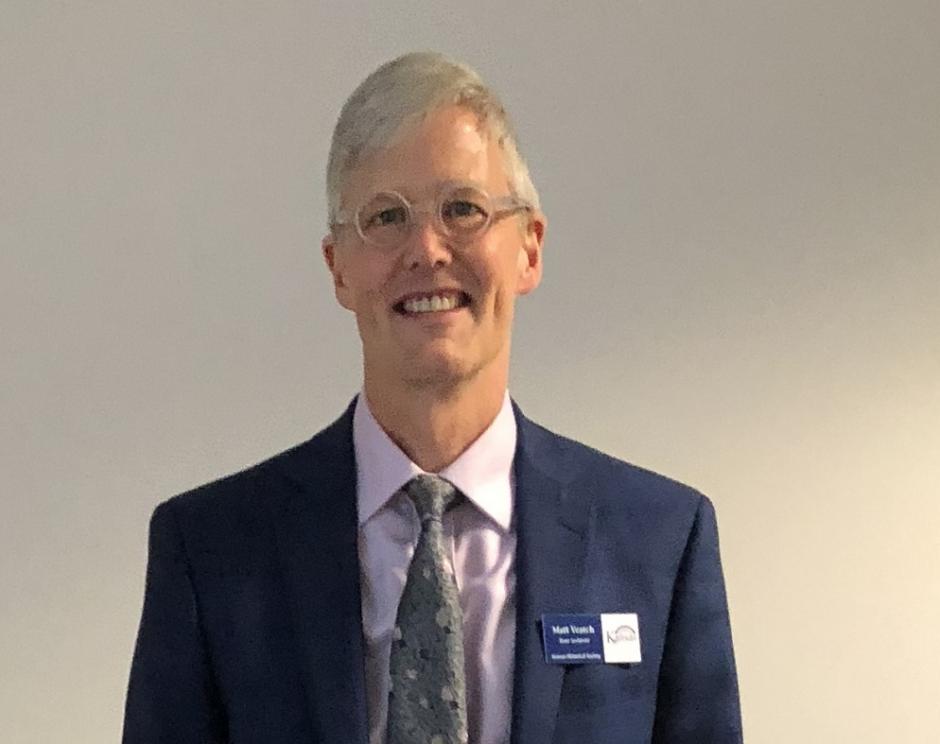 “I hope that my role on the board will be able to provide a practical, real world perspective on the knowledge and skills of contemporary government archives expect from new archivists and record managers,” he said.

Veatch was drawn to the SJSU School of Information for two reasons: the school’s commitment to reaching a large and diverse group of students with its innovative and flexible online education delivery system, and the MARA program, specifically, because it allows interested students to concentrate on the unique nature of archives and records management and achieve deep knowledge of the disciplines.

Veatch has a Master’s degree in History from University of Missouri, Kansas City and an extensive background with state archives. He’s spent 26 years at the Kansas State Archives, a part of the Kansas Historical Society, and has served as the state archivist since 2006. He also took over as the director of the KSHS state archives division in 2015, served as the 2013-14 president of the Council of State Archivists, as the co-chair of CoSA’s State Electronic Records Initiative Steering Committee (2012-2015), and as the CoSA’s representative to the Coalition to Advance Learning in Archives, Libraries, and Museums from 2014 to 2017.

MARA student Katie Kuryla recently interviewed Veatch as a way to get to know him a little better. She asked him why he decided to become an advisor for the MARA program, and he replied, “I’m intrigued with the program’s student diversity, innovative pedagogy, and archives focus.” You can read the full interview on the MARA Blog.