Dr. Patricia Franks and Debbie Faires, both longtime faculty members of the School of Information at San José State University, will retire at the end of the spring 2021 semester. The two have spent a combined three and a half decades of their professional lives at SJSU, making significant contributions to the iSchool’s transition to 100% online learning.

The Lure of Online Learning 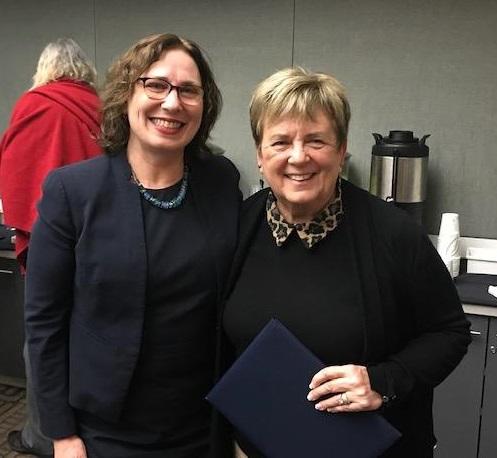 Franks arrived at the iSchool in 2008 as an adjunct professor and program coordinator for the Master’s degree in Archives and Records Administration, the iSchool’s first fully online master’s degree program, which was launched in the fall of that year. She moved into a tenure-track teaching position the following year.

“I don’t stay in one job for very long, so this is quite a record for me.” Franks laughs, observing that she’s “retired” before. Her first retirement, from Broome Community College, Binghamton, N.Y., where she taught classes in business information management, e-commerce and records management and technologies among others, was followed by work as a consultant, helping government agencies manage their information systems.

The iSchool’s online MARA program lured her back to teaching. Franks had been interested in online learning since the mid-1990s when she studied student success in online learning at Broome Community College. “Students online were high performers,” she discovered. “We wondered if this was something students could adapt to.”

She discovered many could; some under unusual circumstances. One student completed schoolwork while at the hospital where her child was getting medical care “to keep busy as well as keep up with class,” Franks remembers.

She became such a convert to online learning that she completed her PhD in Organization and Management at Capella University online. “I didn’t want to waste my time in the classroom, driving to class,” she says. Franks also holds an MA in Social Sciences with a focus on Business Administration from Binghampton University and a BS in Business Education from Bloomsburg University.

While some at the time worried that online degrees might not be widely accepted, Franks did not. “If they don’t want you because your degree is an online degree, I say, well then I don’t want the position because obviously I’m not a good fit!”

In addition to teaching classes in digital preservation, records management and blockchain at the iSchool, Franks has contributed to books and published scholarly articles on these topics and others, exploring everything from ethical avatars to virtual internships.

Today online learning is widely accepted and its advantages are obvious to many. Franks notes that in addition to flexibility and eliminating the need to commute or relocate, online learning encourages more collaboration between teachers and learners.

Franks looks back on her iSchool career fondly: “The iSchool has been a wonderful place to work…students have been a joy.” As to what’s next, this ever-adventurous information professional refuses to be pinned down. “Anything I want!” she says.

“Students Voted for Online Learning with their Registrations”

Faires’ involvement with the iSchool stretches back even further, to the fall of 1998 when she started classes in its Master of Library and Information Science program. “At that time we were doing distance delivery,” she remembers, describing how students would gather in different locations to watch a video feed from a remote instructor.

Like some current students, Faires was returning to school after taking time off to raise a family. She had picked up a little HTML on a project she did with her children and this led to a job as an iSchool student assistant, working with Kenneth Dowlin on the iSchool’s early experiments into online learning. At one point the iSchool offered classes in three different formats: all face-to-face, hybrid or all online. “The online sections filled up first while others didn’t even get minimum enrollment. Students basically voted with their registrations,” Faires remembers. 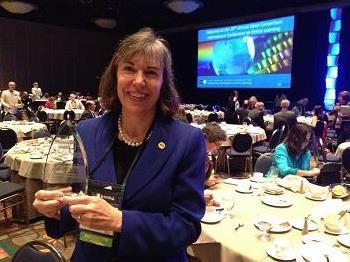 Faires had been promoted to assistant director for distance learning when the iSchool went fully online in 2009. “It’s given so many students the opportunity to study that otherwise wouldn’t have had the chance,” she says. Her work at the iSchool has focused on looking at best practices and research-based evidence to make sure the school is implementing online learning as well as it can. Faires helped create INFO 203 Online Learning, which introduces new MLIS students to the online learning environment.

“One of the really great things that has happened with everybody moving online is that many campus services have opened up online,” she observes, citing SJSU’s health center and writing center resources as examples of services now available remotely.

Retirement will give Faires more time for family, travel and music—Faires holds a BM in piano pedagogy from Brigham Young University, as well as an MLIS from SJSU. She will also have more time for study and research. Faires has contributed to a number of articles on international online education and plans to pursue that topic and others. “I’m very hopeful that I’ll be able to keep using the library’s databases…so I can keep researching and looking up all the things I’ve never had time to.”

She adds, “I’m interested in all kinds of things, which is what brought me to librarianship in the first place!”

To celebrate their years of dedication to the iSchool and its students, Franks and Faires were chosen to give convocation addresses at the iSchool’s virtual celebration on May 20. The honor is a fitting capstone to their many contributions at SJSU, before they depart for new adventures. 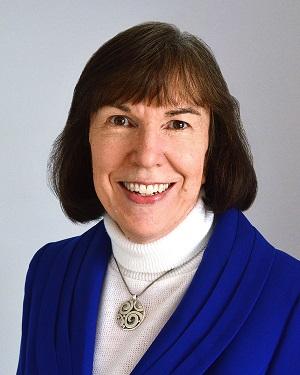 The School of Information at San José State University will celebrate graduates of its fully online programs in a virtual convocation May 20, at 5 p.m. PDT. Debbie Faires and Dr. Patricia Franks, two pillars of the iSchool faculty, both of whom are retiring at the end of the spring semester, will deliver convocation addresses. Attendees can expect rich reflections on the iSchool’s past and inspiration for graduates entering the field.