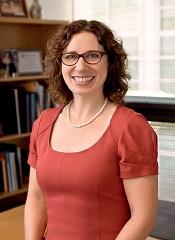 More than 4,000 members worldwide are casting their votes this summer for the Association for Information Science and Technology (ASIS&T) 2013 Board of Directors election. Nominated for President-Elect 2014, President 2015 of ASIS&T is Dr. Sandra Hirsh, professor and director of the School of Library and Information Science at San José State University.

Under her leadership, the SJSU information school launched the Center for Information Research and Innovation (CIRI), a virtual research center aimed at developing research-based and innovative products for the library and information science profession.

In addition, Hirsh is a founding partner of the open online Library 2.0 conference series, a global forum for academics, students, and information professionals to discuss the future of libraries. She gave the opening keynote during the Library 2.012 Worldwide Virtual Conference, setting the tone for the 150+ presentations that followed during around the clock event.

Hirsh has expanded what it means to be an information professional in the 21st Century, helping graduate students understand the endless career opportunities possible with a master’s degree in library and information science. She is also an advocate for redefining the information professional. A recording of her presentation from the 2013 Ontario Library Association’s Education Institute is still available for viewing.

Before joining San José State University in 2010, Hirsh held professional positions at leading global companies, including a stint as a senior user experience manager at Microsoft and director of the Information Research Program at HP Labs. She points to her own background as an example of the exciting career pathways her students can explore with their master’s degrees in hand.

Hirsh’s election statement on the ASIS&T website reads, “I strongly believe in the value ASIS&T offers members by bringing together the latest information science ideas, scholarship, and practice from around the world and across multiple disciplines.”

As president of ASIS&T, Hirsh would focus on four key areas pertaining to ASIS&T membership. “Given the continuing rapid changes taking place in the information professions, we need to work together in ways that will demonstrate the value of our profession. This advocacy and visibility – through social media, the web, high quality research — could also help to attract new members to ASIS&T.”

True to her role as director of the information school, Hirsh also sees the value of strengthening student relations. “We should encourage more student engagement in ASIS&T. Investing in students is investing in the future of the association and the information professions.”

ASIS&T has a rich history of presidents dating back to 1937 when Watson Davis took the reins. Hirsh would be “honored to serve as president for ASIS&T, share [her] ideas, energy, and excitement, and work together with you on initiatives that position ASIS&T as a leader in the field.”

Voting in the ASIS&T 2013 election is open to all ASIS&T members. If you are an ASIS&T member and did not receive an email with your username and password to be used for casting your electronic ballot, please contact Richard Hill at: rhill@asis.org. Votes must be received by August 31, 2013.