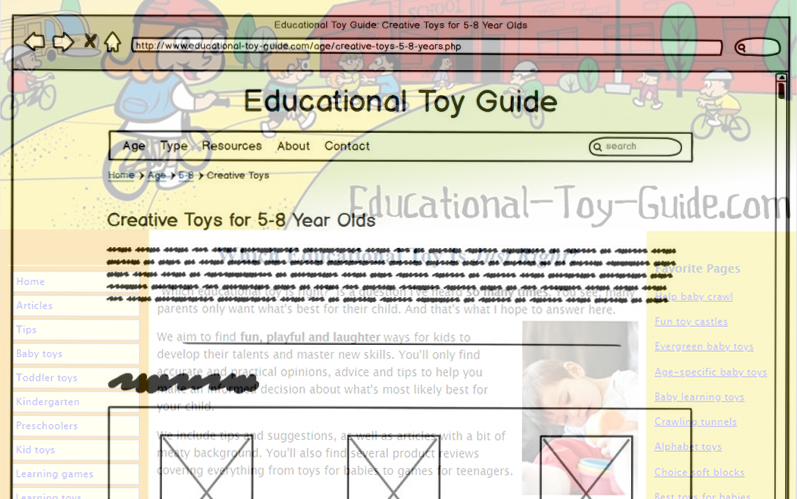 This project had us working as a group of information architects on the redesign of an existing website (The Educational Toy Guide) using the standards and practices learned throughout the course (INFO 246) and then preparing a report of our findings and recommendations. We analyzed the content and structure of current pages and proposed ways to address identified weaknesses. We conducted a full content inventory, interviewed potential users, developed user personas, described typical user scenarios, conducted a card sorting exercise, and distributed an online survey. Based on the results of our user research, we designed a new site model as well as several pages of a prototype of the proposed site. Our overall goal was to improve the clarity, learnability and findability of the site so as to best meet the information needs of its target users. We concluded with further recommendations and ideas for the future of the site. 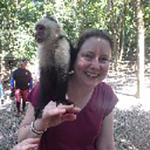 Marleigh Greaney graduated from Concordia University (Montreal, Canada) with a double major in Economics and Mathematics. She worked for 10 years in a community college as an IT Pedagogical Consultant and then took a leave to be at home with her two young daughters. As a parent, Marleigh realized how much she loved children’s literature and library spaces. She enrolled in the SJSU MLIS program and has focused much of her coursework on early literacy programming and school librarianship. She is on track to graduate in December 2019 with a Masters in Library and Information Science. 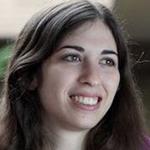 Julie Arnold started her career as a web editor and tech writer before switching to LIS. As a volunteer and employee of public libraries, she found her interest in cataloging. At San Jose State University Julie has especially focused on the interplay between videogames and library spaces, particularly around the lack of metadata standards and understanding of the digital medium. She anticipates graduating from SJSU in December 2019 with a Masters in Library and Information Science. 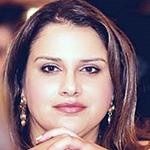 Sandra Gonzalez-Palomar graduated from the University of California Berkeley with a double major in Spanish Language and Literature and Peace and Conflict Studies. Upon graduation she became interested in a LIS program but instead became a social worker for a federal agency. Ten years and a fulfilling career later, she decided to finally enroll in the LIS program at SJSU and discovered areas of Information Science she didn’t know existed. She is about to begin her third semester and is on track to graduate with a Masters in Library Science in May 2020.