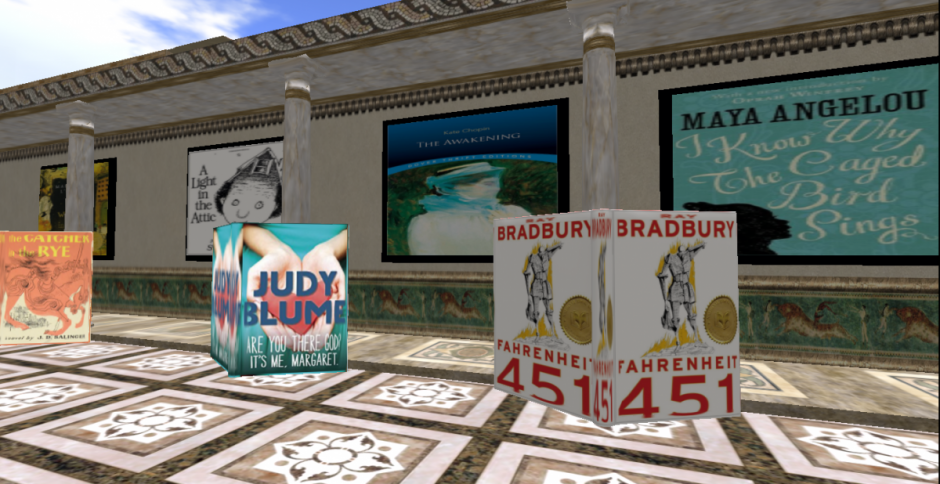 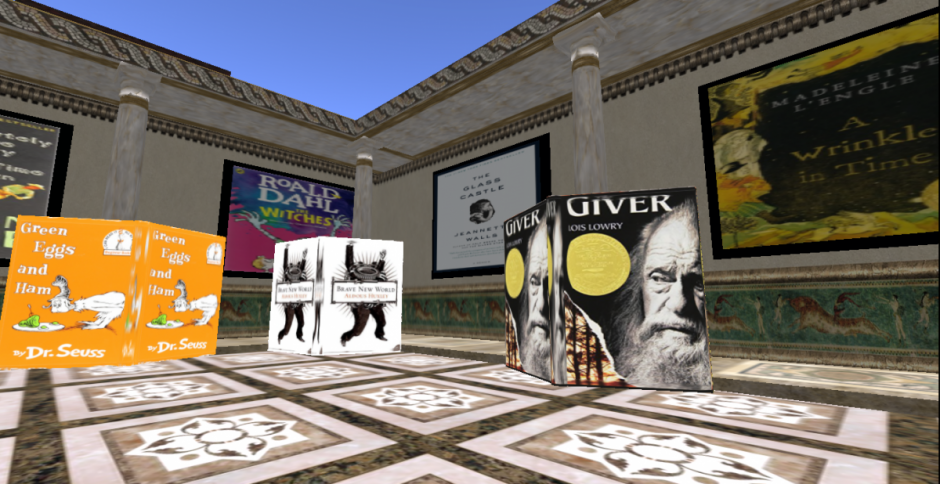 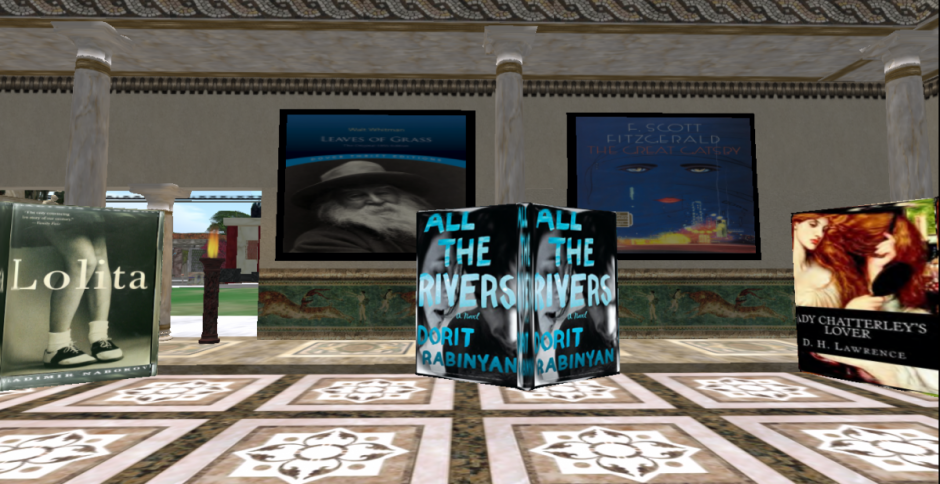 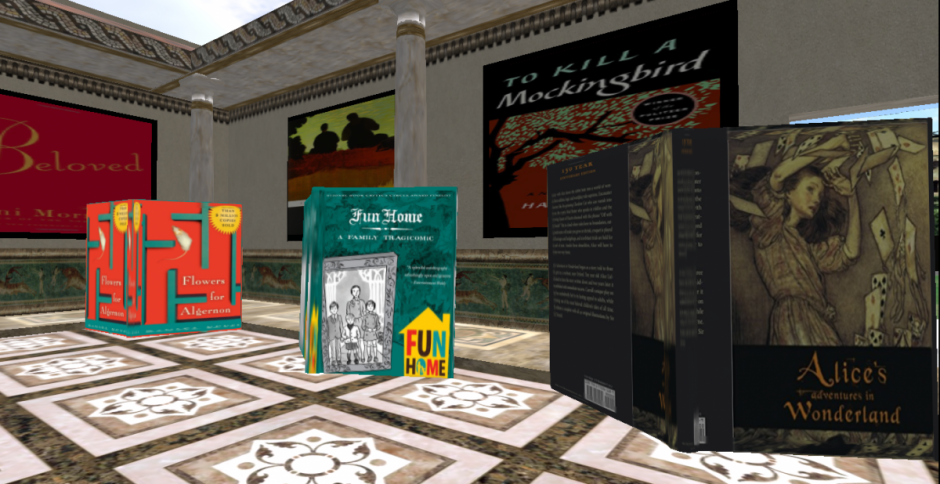 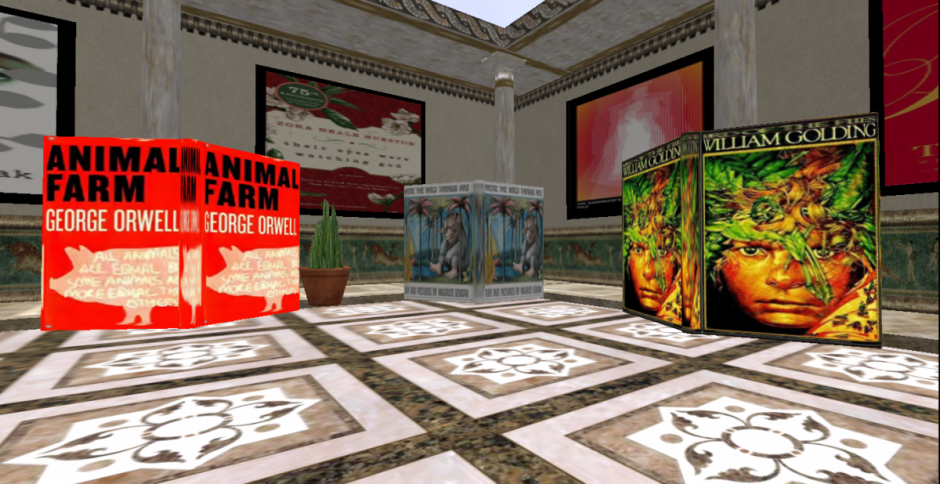 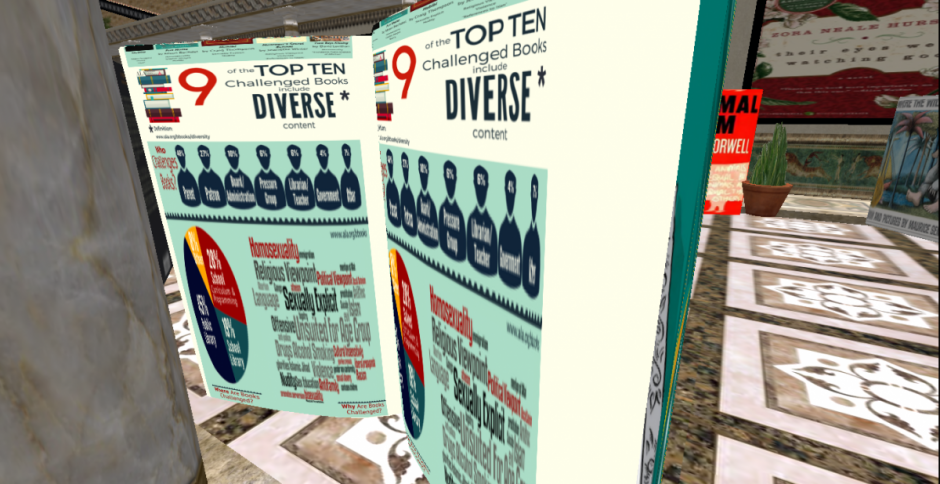 Launched during the 9th Annual VCARA Conference, this interactive exhibit was built entirely by iSchool students, alumni, and faculty to raise awareness of banned books by answering the following questions:

The exhibit contains larger than life virtual representations of banned books with attached notecards to teach visitors about the books and why, when, and where they were banned.

Some books in the exhibit also contain media, including audio (such as Dr. Pat Frank’s description of Ulysses) and previews of educational web pages (such as ALA banned book infographics).​

If you’re looking for a new way to celebrate and experience banned books, this exhibit is for you!

Directions:
From the main VCARA landing point (SL URL: http://maps.secondlife.com/secondlife/SJSU%20SLIS/43/73/33), walk in the opposite direction of the yellow bricks.
Turn left and walk toward the Dome.
The U-See-Em will be on the left.

For information about joining VCARA in Second Life, please refer to our VCARA for Newbies blog post. To request an orientation to Second Life and VCARA, please email Dr. Pat Franks (patricia.franks@sjsu.edu). To follow VCARA on social media, check out our VCARA on Social Media page. To visit VCARA in Second Life, use the iSchool Island SLURL: http://maps.secondlife.com/secondlife/SJSU%20SLIS/45/123/33