March 12-March 18 is Sunshine Week in the United States, a national celebration of freedom of information, freedom of the press, and open government.

From March 12th through March 18th, the United States celebrates Sunshine Week, an initiative launched by the American Society of News Editors to promote awareness of freedom of information and open government. Sunshine Week was first celebrated in Florida in 2002 as a response to efforts by some Florida legislators to enact exemptions to the state’s public records law and is held annually during the week of James Madison’s birthday (today–March 16th), a nod to his role as “The Father of the Bill of Rights” and a proponent of freedom of the press, among other constitutional rights. Archives and records institutions, particularly those that keep records produced by local, state, and national governments, play an important role in creating the structures that effectively facilitate information requests.

If you are interested in getting involved with Sunshine Week, check out http://sunshineweek.org/ to learn about ideas and events. One tradition has been a cartoon contest. I participated this year (though I didn’t officially submit it), check it out: 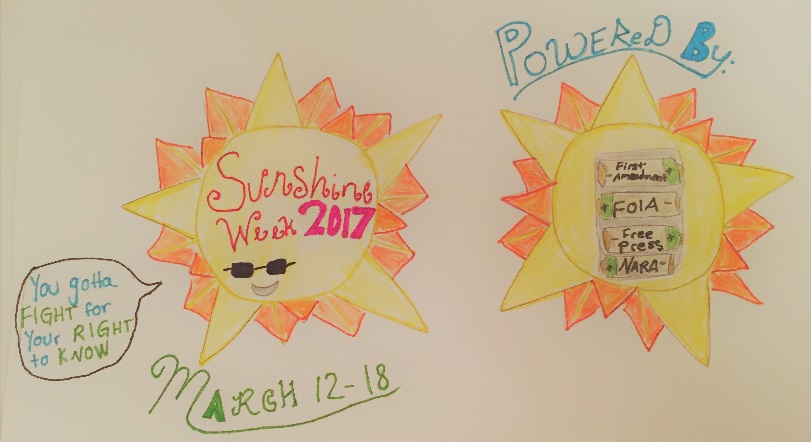