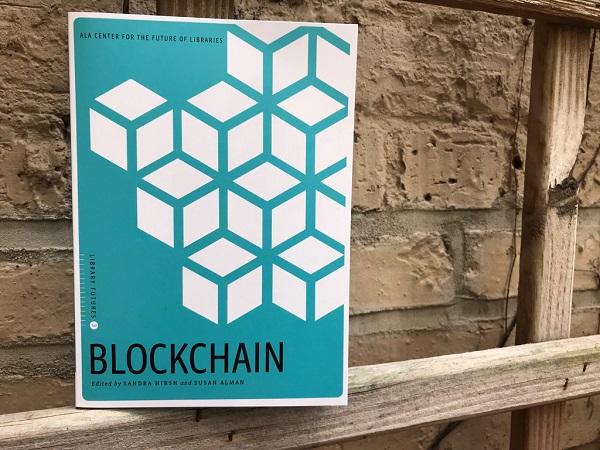 Two faculty members at San José State University’s School of Information, Drs. Sandra Hirsh and Susan Alman, have published Blockchain, the newest book in a series from the American Library Association’s Center for the Future of Libraries.

By bringing together an edited collection of essays written by blockchain experts, Hirsh and Alman’s book aims to provide information professionals with a brief overview of how blockchain technology works, and to address critical issues to consider such as security, privacy, legalities, standards, and use cases. It’s a must-read for anyone interested in this innovative technology, and an essential tool for the future of librarianship.

“Blockchain is an untested concept in libraries, and there will continue to be skepticism and reluctance to pursue its use until there are credible examples of the ways that blockchain can be used with success for library processes,” they noted.

Hirsh and Alman’s mutual interest in blockchain was sparked when they attended a presentation at the SXSW Conference in 2016. “It was clear from the expanding literature that blockchain technology was a trend on the brink of revolutionizing the public and private sectors,” they enthused. “We want readers to think about blockchain applications in their organizations.”

Leveraging their ongoing research and expertise in technology, they applied for and received a $100,000 grant in 2017 from The Institute of Museum and Library Services to investigate possible applications of blockchain in libraries and potential use cases for the information professions.

As part of the grant investigation, they developed a website that is regularly updated; articles are designated with symbols indicating if the resource is for readers with beginner, intermediate, or expert levels of blockchain expertise.

They also hosted a Blockchain National Forum, sponsored a Massive Open Online Course (MOOC), Blockchain & Decentralization for the Information Industries, and have presented their findings at numerous national and international professional conferences and webinars.

In a recent interview with Rob Christopher for the ALA, Hirsh and Alman discussed several library-related opportunities for using blockchain, revealed how blockchain technology could effectively determine accuracy and consistency of data over its lifecycle, and explained how it could be used to develop an international interlibrary loan pilot for the International Federation of Library Association’s voucher system.

Through a distributed database, blockchain technology organizes data into blocks of timestamped records that are linked to previous records so that they are only able to be changed by those who own the encryption keys to write to the files; making it a potential game-changer in the future of recordkeeping.

“Blockchain will be used to provide unencumbered access to digital content and print collections to all potential users in participating library systems while managing risk to ensure that the privacy and personal identity of each user is secure,” they said.

Sovereign Identity (SSI), one of blockchain’s key applications, enables an individual or organization to have sole ownership and control of their digital and analog identities. “Information literacy and digital inclusion efforts will be enhanced as users gain access to all resources in those libraries through the creation of their secure and private digital identity.”

In Blockchain, the essays explore blockchain’s potential uses in academic, public, school, and special libraries, and propose specific use cases for information professionals who sustain those institutions. Also discussed is how blockchain’s use as a convenient system for recordkeeping could lead to more government documents, historical records, and other pieces of information being managed with the technology.

Blockchain is the third book in the Library Futures Series, edited by Miguel A. Figueroa, director of the Center for the Future of Libraries, and produced in collaboration with ALA Neal-Schuman. Copies of Blockchain may be purchased at the ALA Store.