San José State University School of Information Professor Anthony Bernier recently celebrated two landmark achievements: he was awarded the 2019 Association for Library and Information Science Education’s research grant, and he was elected to serve as chair of the American Library Association’s Library History Round Table. A full-time faculty member at the iSchool since 2005, Bernier teaches courses in the Master of Library and Information Science program.

Despite stiff competition, Bernier was confident in the project’s chances for success. Being awarded the grant for the project, “Recasting First Generation Student Experience for LIS Success,” confirmed that confidence. “As a professor, I’m proud of contributing to the success these students are reaching for and believe it’s one of the things in which our entire program and university can take pride,” Bernier said.

The ALISE grant is the second competitive award this developing project has received. The first was the ALA Diversity Research Committee’s grant. “Our project prevailed as the top selection from among 29 other proposals,” Bernier noted. “Thus, this current ALISE grant builds upon and will refine and deepen the work that the ALA grant began. And, as most all of these current funds will go to support student research assistants, I guess I’m most excited for them!”

Realizing that more than half of the students at the iSchool report being first in their families to attain a master’s degree, Bernier’s research seeks to better understand the first-generation student experience. “I’m someone who is as interested in how we teach as I am in what we teach. But I’m also interested in who we teach,” he explained. “So, investigating the experiences of first-generation students combines both the how and the who of what LIS faculty teach when we attempt to share our scholarship and expertise in preparing the next generation of professional leaders.”

Bernier’s optimism about the future of his project is evident: “I’m excited about the new questions we’ll get to explore in building on our first project, the ways in which our own students will be contributing to the research process, as well as how we can now anticipate attracting a national grant. I’m confident we can get even better at helping students thrive through their transitions into the profession by studying their current concerns, their academic needs, and then try to identify what resources we can bring to bear to assist them in ‘launching’ more effectively,” he said.

Election to the American Library Association’s Library History Round Table

The Library History Round Table, which turned 70 years old in 2019, strives to further the study of the history of libraries and reading through both thought-provoking programs and awards for outstanding research. “As chair, I’m hoping to lead an effort to attract more LIS students into active LHRT membership. Getting involved with associational round tables or special interest groups are effective ways for students to learn about and begin building professional development and leadership,” Bernier said.

With the unexpected resignation of the formerly elected chair, Bernier’s election effectively means that he will serve two terms as chair. He attributed his election to his involvement in professional associations, being elected to the LHRT Executive Board in 2017, and having published more reviews of library history books for the LHRT’s still-young journal, Libraries: Culture, History, and Society, than any other contributor.

LHRT membership is open to all ALA members, and among its resources Round Table offers annual awards, a newsletter (News & Notes), a biannual bibliography of library history publications, and “The Comprehensive Guide to the Literature on American Library History.”

As editor of the forthcoming second edition of Transforming Young Adult Services, published by ALA Editions, Bernier has also published articles in Library Leadership and Management, Voice of Youth Advocates, American Libraries, Journal of Education for Library and Information Science, and Public Libraries Quarterly, for which he wrote “California YA Gold Rush Sets New National Standard.” 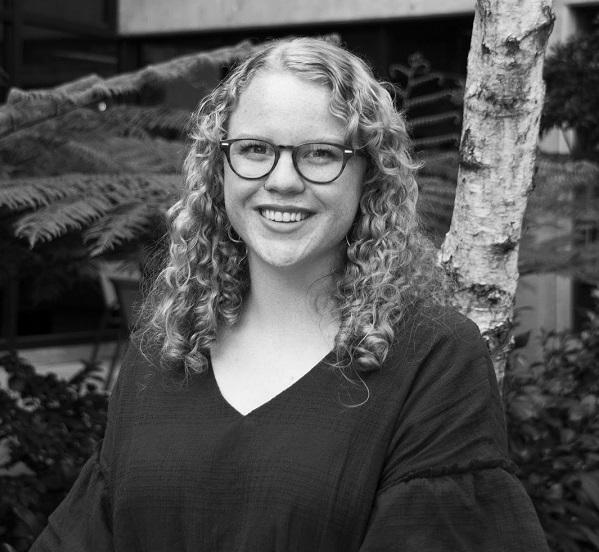 For students who come from families where no precedent has been set for higher education, the San José State University School of Information’s newest student group supports them with their graduate school and professional experiences.