Diversity, and its impact on librarianship, has inspired discussions that have been ongoing for decades. More recently, Twitter has sparked discussions around diversity in librarianship that extend beyond the popular social media platform and are influencing librarianship and its growing cadre of information professionals. Today, those discussions are as relevant as ever, and, as Hicks is researching, they’re crucial tools for understanding how diversity impacts librarians and the patrons they serve. 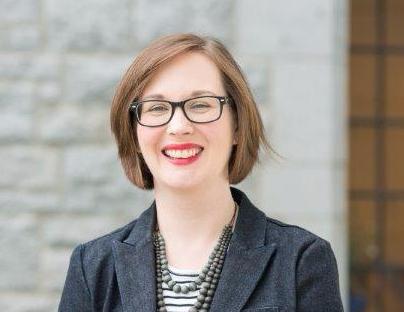 “I think we’re at an interesting political, historical, and cultural moment. Our profession is grappling with this moment both internally and externally,” said Hicks. “This, of course, isn’t the first time in the profession’s history that we’ve grappled with such important shifts, but Twitter has changed the nature of the conversations we’re having by allowing a broader variety of voices to be heard.”

There is little doubt that librarianship is committed to diversity as a core value; however, recent debates have highlighted a disagreement among librarians about how this core value should be interpreted.

The conversations about diversity reached a turning point in 2018 in response to the American Library Association’s revision of “Meeting Rooms: An Interpretation of the Library Bill of Rights.” The revised interpretation included hate groups among those that libraries could not exclude from using library meeting spaces.

Librarians took to Twitter to debate the revisions, with their conversations coalescing around the hashtags #NoHateALA and #IStandWithALA. The debate highlighted not only the power of Twitter as a platform for professional discussions, but also how librarians define their core values.

Hicks will use these debates as a case study to examine librarians’ evolving understanding of their core values of diversity and intellectual freedom, and to understand how librarians use Twitter to debate and discuss issues important to the information profession. An analysis and social network analysis will be performed alongside interviews with stakeholders to examine the professional discourses and relationships that arose during the controversy.

“Understanding the nature and influence of Twitter on these professional conversations will not only help us understand the current moment we’re in, but also the profession’s discourses,” Hicks said.

Hicks, whose research has been published in Library Quarterly, Library Trends and other LIS journals, as well as in her book, Technology and Professional Identity of Librarians: The Making of the Cybrarian (2014), received her PhD in Educational Administration and Leadership from the University of Alberta, her MLIS from Dalhousie University, her MA from York University, and her BA from the University of King’s College. She currently teaches INFO 204 Information Professions in the Master of Library and Information Science program at the iSchool.

The RSCA Grant Program provides support to SJSU faculty members for their research, scholarship, and creative activities. Awards may be in the form of assigned time, summer fellowship salaries and/or funds to support their projects.