The Student Scholarship Awards Committee has chosen Samantha Hamilton to receive the Ken Haycock Award for Exceptional Professional Promise. Hamilton, who earns her Master of Library and Information Science degree this May, will receive $1,000 and a citation and will deliver the graduating student address at San José State University School of Information’s virtual convocation this year.

Named after former iSchool Director and Professor Emeritus Ken Haycock, the award is conferred each spring on an iSchool student who demonstrates exceptional leadership potential along with flexibility, academic excellence, theoretical thinking, and analysis and communication skills.

The award came as “a delightful surprise” to Hamilton, who describes herself as very honored. “Being in so many student groups, I knew that I was surrounded by so many passionate, talented and equally deserving people at the iSchool,” she says. 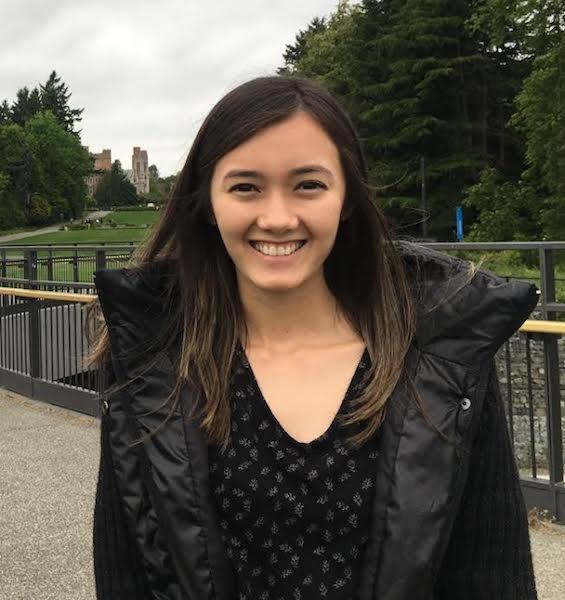 Hamilton credits her win to her excitement about combining librarianship with sustainability, which was the topic of her submission essay for the award. “When I was filling out the application, my north star was really the environment,” she says. Already a nature buff, Hamilton’s perspective on eco ethics was further influenced by Sustainable Thinking: Ensuring Your Library’s Future in an Uncertain World by Rebekkah Aldrich, which she spotted on a list of books recommended for review by the iSchool’s Student Research Journal.

Reading the book and submitting her review to the SRJ is characteristic of Hamilton’s extracurricular activity. During her time at the iSchool she immersed herself in several iSchool student groups, serving as secretary to the chair for the First Generation Student Group, as second assistant membership director for the Special Library Association Student Chapter, and as vice chair for the Society of American Archivists Student Chapter.

“I really wanted to capitalize on what the iSchool had to offer,” Hamilton says of her involvement in student groups. She describes taking a “zigzag path” through school, following her interests and taking classes ranging from Issues in Public Libraries to History of Books.

Hamilton further explored information environments through internships at the Busy Beaver Button Museum and the Wildlife Conservation Society. For Hamilton the pandemic offered an unexpected silver lining: an expanded number of virtual internships. “Never in my wildest dreams did I think I would be able to intern anywhere except my hometown,” says Hamilton, who lives in Las Vegas, Nev. Her second internship led to a part-time job; Hamilton is currently the metadata assistant at the Wildlife Conservation Society, which is based in Bronx, N.Y.

Hamilton’s curiosity and thirst for learning are evidenced in the three bachelor degrees she earned prior to entering the iSchool. She received a double BA in History and Political Science from Arizona State University followed by a BA in Biology from the University of Nevada, Las Vegas.

This summer, Hamilton will jump right back into school, beginning a Master’s in Environmental Sciences and Policy program at Johns Hopkins University. She hopes it will lead to her dream job as an environmental librarian or archivist.

“No matter what you’re doing in a library, I think there’s room to be more sustainable,” notes Hamilton, who plans to expand on the subject in her speech at convocation. “Without a planet we don’t have libraries, we don’t have archives, we don’t have any other information centers; so it’s something that we as librarians should definitely be focused on.”

Award for Excellence in Diversity and Inclusion
Owen Clapp

The iSchool honors graduating students annually through awards for excellence in a variety of categories.