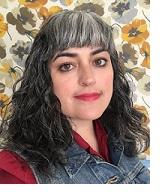 The applause will be booming during the 2018 California Library Association conference next month in Santa Clara, California. In addition to participating in conference sessions and events, the San José State University School of Information will have a large presence during the awards dinner.

The SJSU School of Information celebrates the following CLA scholarship and award recipients:

Pershing, who also works as the adult services administrator for the Sonoma County Library, has participated extensively with CLA by serving on several committees, such as conference planning and membership, councils like book advisory and summer reading advisory, and adult services and summer reading groups. Her numerous roles within organization and a career spent advocating for adult services made her a prime candidate for the CLA Member of the Year award.

“I feel so honored to be recognized for my contributions to CLA and the profession as a whole! Working with CLA has afforded me so many opportunities to both learn how to serve the public best and to share what I’ve learned,” she said.

A SJSU School of Information lecturer since 2015, Pershing finds teaching to be “an absolute joy.”

“I get a chance to show future librarians that under the banner of public librarianship and service, the sky is the limit as far as how we serve our patrons,” she enthused. 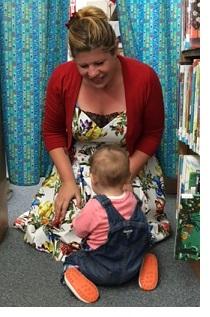 Going above and beyond the call of duty started before Figard completed her graduate studies. By the time she was the 2016 student convocation speaker, she’d been creating teen programs for eight years.

“I started a Teen Film Festival when I was 17 at the library and it has now expanded to a county wide film festival that has gone on over 10 years. We also have DSLR camera kits available for check out as a result,” she said.

Figard started a San Mateo County-wide Novelist Convention (YANovCon) and a series of Life Skills Workshops for teens that cover a wide range of topics, such as job skills, personal safety, decision making, moving out, and de-stressing.

Those programs are just the tip of the iceberg of the efforts Figard has contributed to San Mateo County Library System in the more than 10 years she’s been employed there. She began as a library aide, and has now functioned as the teen services librarian for three years.

“I can’t even begin to tell you how honored I am to win this award. I love being a teen services librarian, and am extremely dedicated to the work that I do to serve the teen population,” she exclaimed. 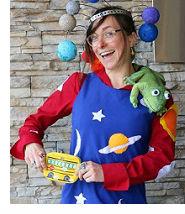 While studying for her Master of Library and Information Science degree, Weisberg realized she wanted to work as a youth services librarian in a public setting. The convenience and flexibility of doing school work online in her off time after putting in full-time hours between two library positions has made getting her master’s degree possible. The Begun Scholarship is helping her to achieve her career goals.

“It felt great to win [the Begun Scholarship]. I feel genuinely supported in wanting to become a children’s librarian after graduating with my MLIS from SJSU. I plan to graduate at the end of this year, in December,” she said.

Despite some reticence over applying for the Edna Yelland Scholarship, Le’s heartfelt application reflecting his experience as a first generation Vietnamese-American who is also the first in his family to graduate from college made him a strong candidate.

“I always felt that competitions of this caliber were just too high to reach, or beyond my understanding as a young student. But somehow my story has been able to transcend my doubts, and with this scholarship I will be able to advance myself several steps closer to my goals,” he said.

Le plans to graduate in 2020, but in the meantime he’ll continue to “soak up the knowledge and game my professors have been bestowing upon me,” and wants to utilize his arts background to foster community collaboration and engage voices of the marginalized in his future career as a librarian.

“Whether that is through dance, design programming, technology, or through revolutionary literature, I want to be able to give the same chances I’ve received in my youth to several eager minds waiting to explore and expand their horizons,” he said.