Acknowledging the advancements of her colleagues, iSchool Director Sandra Hirsh said, “I am delighted about their success! They have worked very hard and are highly deserving of this recognition. We are lucky to have them on our faculty as they are critical to the ongoing success of the iSchool.”

Hirsh noted, “The fact that one of our faculty members was promoted to full professor and two others were tenured and promoted shows how well the iSchool faculty is regarded in the university.” 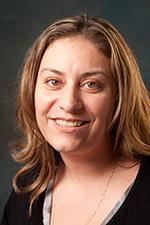 Dr. Kristen Rebmann, who was promoted from associate professor to full professor, joined the iSchool in 2007 after completing her PhD in Communication at University of California, San Diego. Her dissertation research explored the design of interventions to support critical multiliteracies among children participating in community-based informal learning environments.

“I was so fortunate to have the opportunity to join the School of Information. My career benefitted (and continues to be enriched) so much from the connections I’ve formed with my colleagues and students,” she said.

Rebmann has worked as an academic librarian focused on web design and instructional technology, and her current research involves technology integration at the community level, including several projects funded by the Institute of Museum and Library Services relating to TV Whitespace wireless networking technology.

Citing the support she received from everyone in the iSchool for her professional development, Rebmann credited her fellow faculty members with “allowing me to be in a strong position to earn the promotion to full professor.” 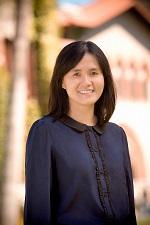 Dr. Michelle Chen, whose primary areas of research and teaching include big data visualization and online social network analysis, was recently tenured and promoted from assistant professor to associate professor.

Chen, who is particularly interested in studying the value of virtual platforms as informational and social media, as well as the role of today’s networked environment on shaping user behavior, has been involved with San José State University’s Silicon Valley Big Data and Cybersecurity Center. 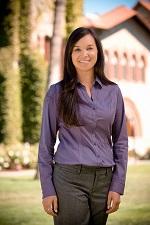 Before joining the iSchool in 2013, she received her PhD in Information Systems and Technology from Claremont Graduate University and taught at both the School of Business at California State University San Bernardino and at Colorado State University.

San Nicolas-Rocca’s areas of research and expertise, including cybersecurity, health information systems and knowledge management, have made her a valuable asset to the iSchool. She’s part of the new SJSU interdisciplinary initiative in cybersecurity and teaches INFO 287 Seminar in Information Science: Cybersecurity offered to iSchool graduate students. Two years in a row, San Nicolas-Rocca was awarded the Research, Scholarship & Creative Activity Grant by SJSU.

Congratulations to all the recently promoted faculty members of the iSchool!