Eileen has more than 30 years of publishing experience and currently manages the LIS journals of Taylor & Francis.  Eileen was active at IFLA for approaching 20 years and is currently a member of the ASIST Publications Committee.

Emily Chan has a Bachelor of Arts in Biology from Grinnell College and a Masters of Library and Information Science from San Jose State University. Her research includes the incorporation of technology to streamline, improve, and document library services and processes. She is also highly interested in collection development and scholarly communications.

Colleen has held leadership positions in academic libraries throughout her career. Currently she is Director, Research and Instruction, Lane Library, Stanford University. She has served as Associate Dean, Research and Scholarship, San Jose State University; Associate Director, Research Services Development at The University of Sydney Library; Director of the Weill Cornell Medical Library; and Acting Director of the NYU Health Sciences Libraries where she was also acting director of the National Network of Libraries of Medicine (N/NLM) Mid-Atlantic Region. Colleen has a keen interest in technology and served as President of the Library Information Technology Association (2011-2012). She is a former trustee and treasurer of the Metropolitan New York Library Council and Distinguished Member of the Academy of Health Information Professionals. She has published and presented on a variety of topics including social media, technology, and the changing role of libraries and librarians.

Melissa Fraser-Arnott is the Chief of Integrated Reference Services at the Library of Parliament in Ottawa, Canada where she manages a team of embedded subject-specialist research librarians. She has 15 years experience in special libraries and government settings including the Office of the Privacy Commissioner of Canada, the Canadian Department of Foreign Affairs and International Trade, the Centre for International Governance Innovation, and the Canadian Police College. She has a doctorate from Queensland University of Technology through the San José Gateway PhD Program, an MLIS from the University of Western Ontario, and will complete an MBA from the Australian Institute of Business in 2020. She is an active member of SLA, ALA, and ALISE. Her research interests include professional identities, LIS competencies, professional development, and library management.

Jan Holmquist is the Assistant Library Director at Guldborgsund Libraries in Denmark. He is a member of the Library Advocacy Lab that aims to raise awareness about public libraries within the European Union. He is an international speaker and consultant and has been involved in several global projects e.g. the learning project 23 Mobile Things and crowdfunding projects e.g. Buy India a Library. Currently Jan is involved in the planning of Guldborgsund Public Library’s new FabLab. He is a co-chair of the Internet Librarian International conference. Jan was named one of the Library Journal Movers and Shakers 2014. See his blog at janholmquist.net 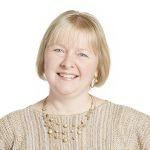 Marie R. Kennedy is a librarian at Loyola Marymount University (Los Angeles, California USA), where she coordinates serials and electronic resources. She is the co-director of the Institute for Research Design in Librarianship. In addition to formal academic publications Marie writes the Organization Monkey blog about organization and librarianship.

Stacie Ledden is the Director of Innovations and Brand Strategy at Anythink Libraries. After joining the district in 2008, Stacie assisted in launching the Anythink brand that in 2011 garnered the John Cotton Dana Award for Outstanding Public Relations in Libraries. Previous to her work at Anythink, Stacie was an editor for a global newswire service, freelance writer and faithful library customer. In 2012, she helped launch R-Squared – The Risk and Reward Conference, which focused on creativity and taking smart risks to move libraries forward. She is also chair of the planning committee for Outside the Lines: Libraries Reintroduced, a nationwide initiative demonstrating the creativity and innovation happening in libraries. Stacie was named one of Library Journal’s Movers and Shakers for 2013. 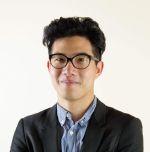 Raymond Pun (he/him) is a librarian in the Bay Area, California. Ray has presented nationally and internationally, and has published widely including five edited volumes such as Asian American Librarians and Library Services. He is an active member of ALA, ACRL, IFLA and SLA. Ray holds a Doctorate in Education, Master of Library Sciences, and a Master of Arts in East Asian Studies.

Daniel Russell is a Senior Researcher / Tech Lead for Search Quality and User Happiness at Google in Mountain View. He earned his PhD in computer science, specializing in Artificial Intelligence until he realized that magnifying human intelligence was his real passion. Twenty years ago he foreswore AI in favor of HI, and enjoys teaching, learning, running and music, preferably all in one day. He has worked extensively in the areas of sensemaking and studies of how people seek out, find, and use information to solve complex problems. Based on this work, his MOOCs have helped more than 350K students become much more effective online searchers.

Diana K. Wakimoto is the online literacy librarian and archivist at California State University, East Bay. She has a doctorate from Queensland University of Technology through the San José Gateway PhD Program and her MSLIS and MA in history from Simmons College. Her research interests include changing archival practice, community archives, intersections of libraries and archives, and fostering reflective practice through teaching with technology.