iSchool Community Profilees: Where Are They Now? (Part 3)

Part 3 in the Where Are They Now? series: Updates and inspiration from San José State University School of Information students and alumni. 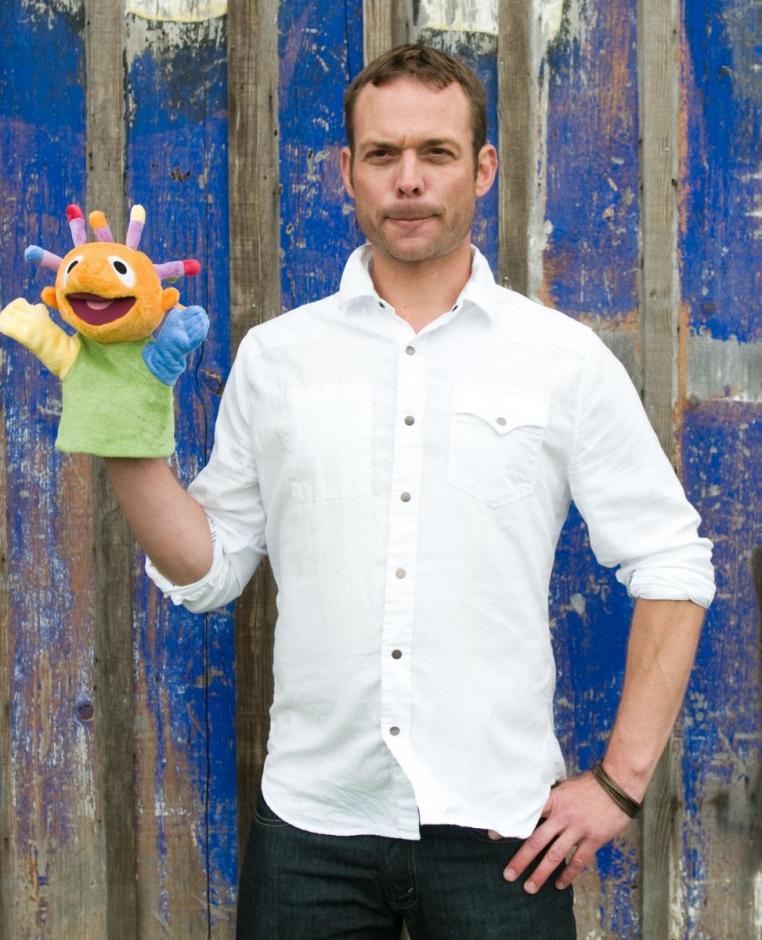 Wanting to “make a difference,” Tom Schween left a lucrative career in advertising in New York and moved to the San Francisco Bay Area to attend the iSchool and pursue his dream. Using his video skills, Schween now creates fantastic digital story time programs for children at public libraries.

“I co-planned and co-presented a 10 week STEAM Storytime Series culminating in two digital storytimes with children’s librarian Lea Stone,” Schween says. “Patrick Remer was my site supervisor. He is a dynamic library professional and a storytime luminary…[he] will listen to your goals, encourage your ideas and guide you toward success.”

Schween highly recommends the PHL experience for “anyone looking for an internship in youth librarianship. At PHL, future interns will: 1) get to work with Remer and his team, and 2) discover real world opportunities to express their passion, creativity and call to service through youth library programming and services.”

After attending the American Library Association (ALA) annual conference in 2015, Schween was appointed to the Association for Library Service to Children’s (ALSC) Frederic G. Melcher and Bound to Stay Bound Scholarships committee. The scholarships are awarded to students seeking to “obtain a master’s degree in library science and specialize in library service to children.” 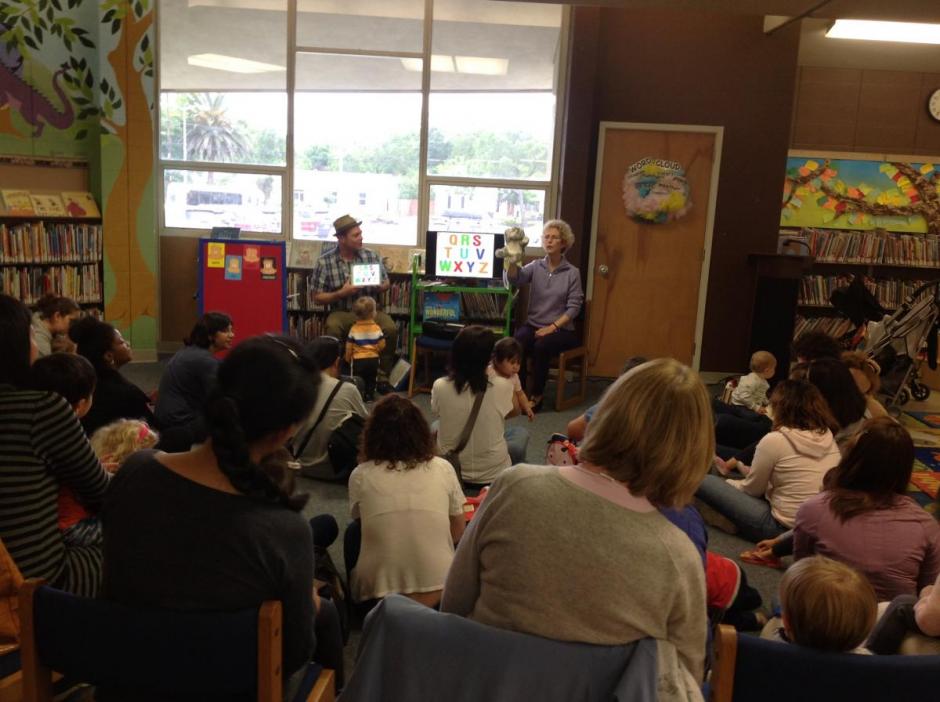 ‘It was an honor to serve on this committee and represent my fellow library school graduate students. We were all very pleased with the caliber of the applicants,” Schween says. “I am extremely proud of the committee’s hard work. Most of all, I’m excited for this year’s deserving winners as they embark on their careers in children’s librarianship.”

“I am on track toward becoming an early literacy specialist and I see myself practicing in the role of youth librarian or working at the county level,” Schween, pictured right at PHL storytime, adds. “At SJSU, I like to think I’m getting my master’s degree in storytime!”

Schween plans on graduating in Spring 2017, and until then, plans on “making the most out of each and every course.” 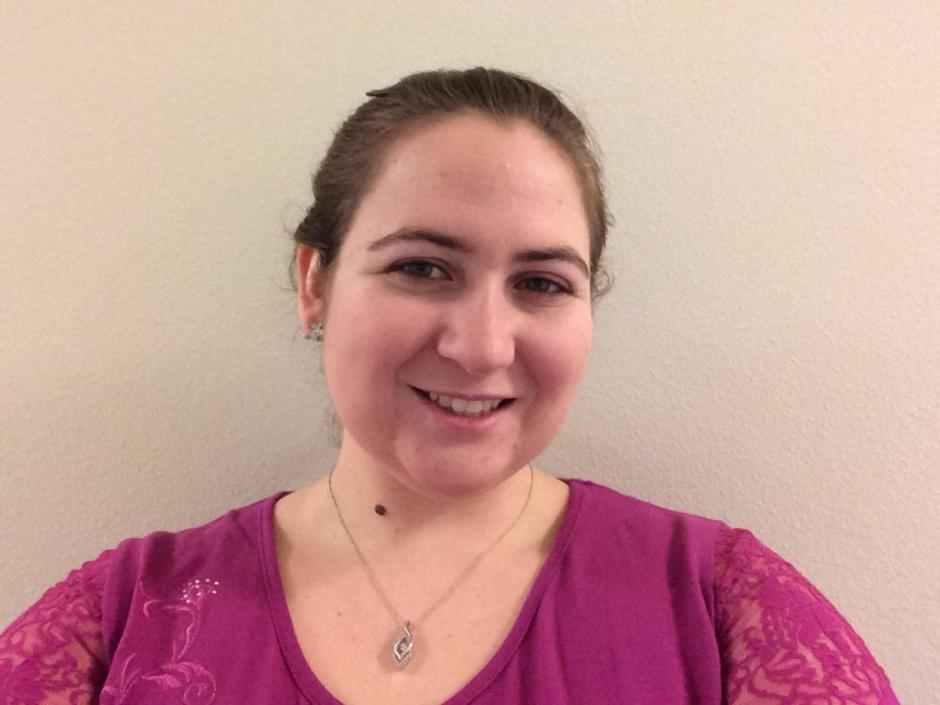 When we last heard from Alyse Dunavant-Jones, the MLIS student was absorbed in archival courses. Volunteering for the iSchool’s  Virtual Center for Archives and Records Administration (VCARA), Dunavant-Jones moonlights as a studious red fox on iSchool Island in Second Life, where students gather for lectures, presentations and social gatherings. (Recently we spotted her simultaneously attending a Second Life year-end event and blogging about it—no easy feat!)

“I’m still part of the VCARA team,” Dunavant-Jones confirms, “and I’m looking to step up my role in future semesters through the group’s social media and analytics, blogging with Drupal and updating the VCARA page on the MARA website.”

Dunavant-Jones has taken to Second Life so well that she presented at the 7th Annual VCARA Conference in April, and is working with iSchool instructor and Master of Archives and Record Administration (MARA) coordinator Dr. Patricia Franks on a VCARA presentation at an upcoming Second Life exhibit, hosted by the Community Virtual Library.

Dunavant-Jones is also SJSU’s College of Applied Sciences and Arts (CASA) iSchool student representative; CASA provides resources and support for virtual iSchool students and is a connection to the physical SJSU campus. Accordingly, Dunavent-Jones said a few words at the recent iSchool Graduation Reception on the SJSU main campus in May.

And as if that wasn’t enough, she is working with CASA’s Student Affairs Committee (CASA-SAC) on the Walk to End Alzheimer’s, which will go through SJSU’s main campus this October, and looking for ways the iSchool can participate in the event.

But she is still on track to graduate in Spring 2018, with a pathway focused on digital curation, and hopes to squeeze in an archival internship before her iSchool time is done. If you’re ever interested in Second Life, look up Dunavant-Jones, (aka the red fox, pictured right), who can show you around her second home.

For more exciting updates on iSchool students and alumnus, please see Where Are They Now Part 1 and Part 2!