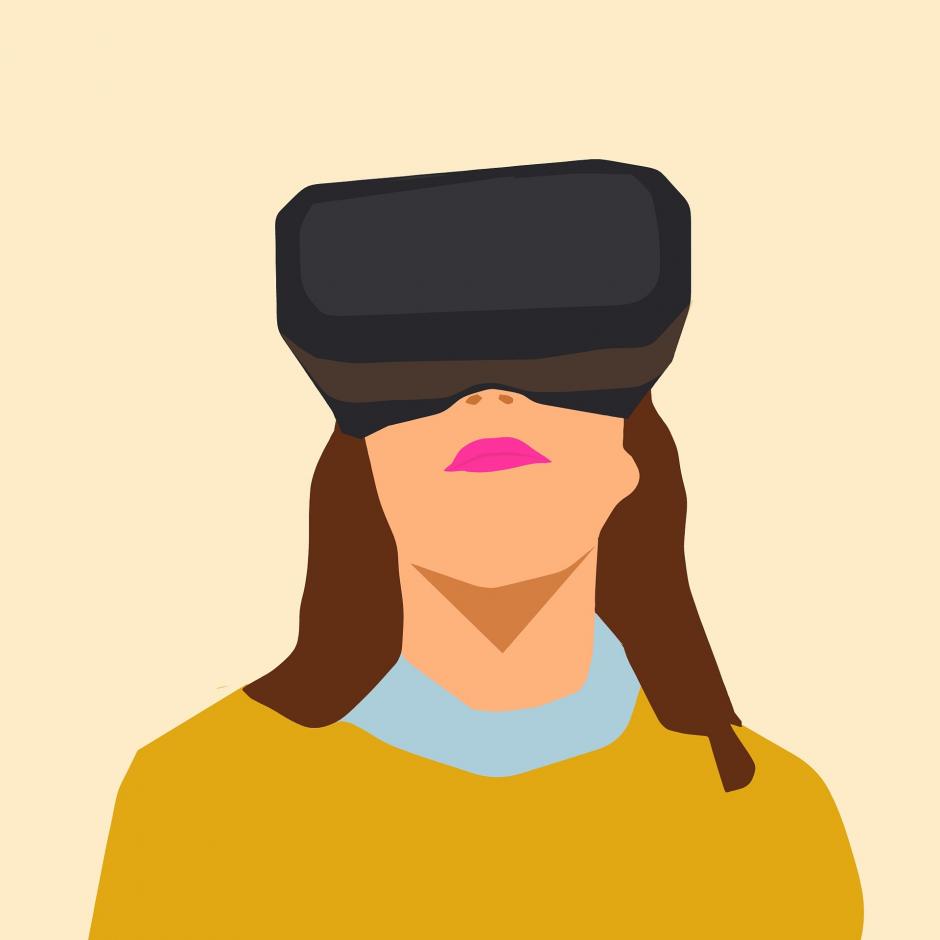 For students interested in virtual worlds and virtual reality, the School of Information group VCARA (Virtual Center for Archives Records and Administration) provides a host of opportunities to build, explore and network in virtual environments. These skills will be critical in the future, says Bethany Winslow, director of online learning, especially in the fields of LIS and education. Unlike other student groups, VCARA is a community that meets entirely in-world — no Zoom calls or teleconferencing. With opportunities to explore different platforms, attend conferences and events, and meet educators, builders and librarians around the globe, it’s an ideal community for students interested in emerging technologies and their potential uses. I spoke with Winslow about the history and future of this exciting organization.

Established in 2009 by Dr. Pat Franks, former MARA program coordinator, VCARA is a group for students interested in virtual reality, online worlds, and their role in libraries, archives, education and information science. The group promotes ”social, creative, and educational collaboration using multiple environments” and has maintained iSchool Island, a region in Second Life (an online virtual world), for more than 10 years. Winslow says, “If students wanted to get involved with VCARA, Second Life is as good a place as any to get in and fool around and learn and see how this stuff works.” Although she cautions against getting attached to just one platform or community, “The reason we still use Second Life is because Second Life has been around for 20 years. It’s not beta. It’s stable. There’s still a huge base of us who are never going to abandon it because it’s too useful. Anybody with a computer and internet connection can go in there.”

For those with more experience in the virtual realm, the VR Exploders Club offers a chance to explore and gain familiarity with new platforms. Each month the group visits a different social virtual world or VR platform, specifically to evaluate them as spaces for teaching, learning and socializing.

Along with Dr. Marie Vans, Winslow organizes and oversees VCARA’s in-world events, the VR Exploders Club, and the iSchool Island region in Second Life. (To learn more about her work with the SJSU virtual community, read her community profile.)

Gain facility with emerging technologies. “With all technologies, there’s no one ring to rule them all,” Winslow says. “Don’t be too attached to the platform. Platforms change, come and go.” What’s important, she stresses, is  “the ability to navigate different technologies that are essentially the same thing. It’s like a car. You don’t say, ‘Oh, I’ve only driven a Toyota my whole life; I don’t know how to drive anything else.’ You can learn. You can drive a truck. You can drive an RV.” For instance, you may start off in Second Life and then branch out to explore other platforms, such as Virbela, AltspaceVR or Sinespace. “A student could come in and start learning how to build and make an exhibit, maybe attend conferences in Second Life. That’s a lot right there. You could spend the next two years just doing that,” Winslow says. If Second Life seems too daunting at first, she suggests starting with Mozilla Hubs.

The best attitude, she says, is to be open to different immersive environments and platforms. And take advantage of these opportunities while you’re a student at SJSU! “Where else are you going to go to get exposed to different people who are working in virtual environments now, who already have a lot of experience in virtual environments?” she says. “All major libraries now have or are planning to have virtual exhibits of some kind already. Who is going to be the professional that manages those, who curates that content, who helps develop it, who makes decisions about the best use of these environments for your particular community? Who is going to be qualified to make those kinds of choices in the future?” It’s a benefit, she says, to start gaining that facility now.

Develop Connections. It’s not just about honing hard skills related to digital literacy. Participation in these worlds fosters soft skills, too. “I think the most powerful aspect is the relationships that are developed in these environments,” says Winslow. “It’s a different way of being together, and it’s experiential in nature.” She adds, “Dr. Franks talked about the community of practice that emerged in this environment organically. It was not planned, it was not designed for.” It’s the creative, collaborative, exploratory nature of these virtual environments that yield real-life friendships. “Even though you’re not interacting with people face to face, you’re developing real relationships that are very robust. These are not superficial things. Second Life is not a game. There’s no agenda, there’s no game, there’s no leveling up. There’s nothing there except what people build and create.”

Attend Conferences. Winslow stresses that in-world conferences will be part of the future of work. “More and more professional conferences are starting to use Virbela or other platforms,” she says. “Virtual platforms are a way for us to gather and socialize and communicate and do presentations. This is happening now. And everybody in the field of information sciences – anybody in libraries, museums, galleries, education - if they’re not doing this, I think that it’s a lost opportunity.” She adds, “This kind of technology is part of the future, and if that’s what you want to do, then you need to know this and be involved. You need to know the history of it, the background.’” Conferences are a great way, especially as a student, to learn, network and gain expertise that you can potentially bring to a future workplace.

If you’re interested in joining the VCARA community but aren’t yet involved in VR or virtual worlds, read this step-by-step guide to setting up a Second Life account. There are also handy video tutorials and instructions on finding VCARA’s hangout in Second Life, iSchool Island.

Be sure to keep up with the VCARA blog to learn about conferences, events and other pertinent topics. You can also check out webcasts on VCARA’s YouTube channel and read past blog posts here.

Finally, while it’s separate from VCARA, alumni and members of the iSchool are involved in the Community Virtual Library, a hub dedicated to providing information services and resources in virtual worlds.

“I do believe it’s a significant part of the future, and that’s why I advocate people get familiar with it,” Winslow says of virtual environments. “I recommend educators, especially online teaching and learning educators in the LIS fields, to make it their professional hobby. I think it’s important.”

For more information or to get involved, email bethany.winslow@sjsu.edu with “VCARA” in the subject line. And be sure to read her blog about online learning and virtual worlds, Burning Man in Cyberspace.

VCARA offers many ways to participate, and anyone with an Internet connection can access our webcast recordings and follow us through social media to discover the virtual worlds and online learning research and events we share.